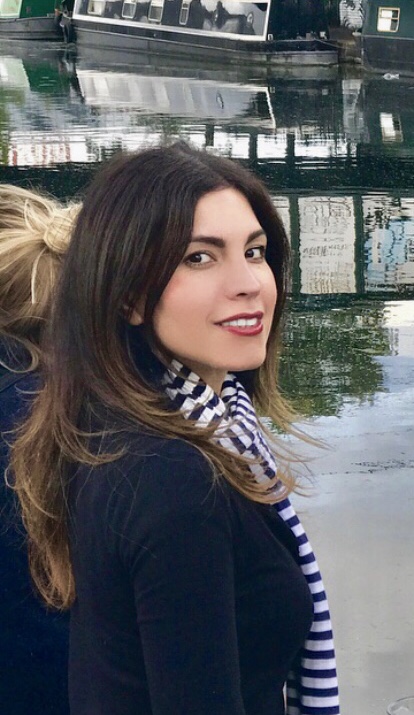 Dr Nazli Nikjamal is a Germanist, comparatist and reception studies scholar. She completed her PhD at Queen Mary University of London with a thesis that employed an interdisciplinary approach to studying comparatively the concept of Heimat, a formative element of German collective identity, and its equivalent in Muslim culture, Vatan. Nazli has conducted extensive research on the notion of 'Migration Literature', on Navid Kermani, a renowned German writer of Iranian origin, on SAID, an Iranian poet living in exile in Germany, and on the reception in Iran of Austrian author Stefan Zweig, including an analysis of the influence of Zweig’s literature on the work of Bozorg Alavi, a prominent 20th century Iranian novelist. As an invited speaker at the CLSGC Comparative Disciplines Series ‘Linguistics, Literature and Law’ at Queen Mary, University of London, she addressed the methodology of comparative literature with a German-Iranian focus.

While working on her PhD, Nazli held a DAAD (German Academic Exchange Service) doctoral research scholarship at Universität zu Köln (the University of Cologne), which facilitated her carrying out of fieldwork in Germany.

While studying German language at the Deutsches Sprachinstitut Teheran (DSIT) she received a scholarship from the Goethe-Institute, which allowed her to continue her training in Hamburg. Later she qualified as a German teacher and completed the Fortbildungslehrgang Deutsch als Fremdsprache, Didaktik (Further Teacher Training. Teaching German as a Foreign Language in Theory and Practice) at DSIT. Nazli holds a Master’s degree in Teaching German as a Foreign Language. Before turning to German Studies, she was engaged in the discipline of mathematics. Her first degree is in biomedical engineering.

Aiming at bringing cultures together and building bridges between East and West Nazli pursues artistic endeavours such as choreography and performing arts and runs dance and cooking workshops in addition to her cultural studies research and scholarly writings.

Post-1900 German literature, especially authors being linked to immigration (Migrationsliteratur); Reception Studies with special reference to the reception of German thought and letters in Iran; Migration and Diaspora Cultural Studies; Post-colonial theory; (German) Orientalism, in particular Persianism (Herder and Goethe); German-Iranian cultural relations and intellectual interaction from the age of the Enlightenment to the present day