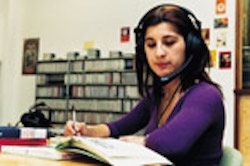 Dr Leigh Oakes of the French Department and Dr Martin Howard of University College Cork (UCC) have been awarded a British Academy small grant for a project entitled 'Understanding foreign language motivation in a globalised world: focus on French'. Offering insight into the benefits of foreign language learning in a world increasingly dominated by English, the project will examine the role of motivation in learning French among university students in four European countries, including the UK. Grounded in second language motivation theory, it aims to compare the various types of motivation proposed in the literature, critically assessing their relevance specifically for the learning of a foreign language other than English. Proposing a quantitative and qualitative analysis of motivations according to key variables of interest, including a comparison with students of English, the project will be of value to motivation theorists, language educators and policymakers alike.