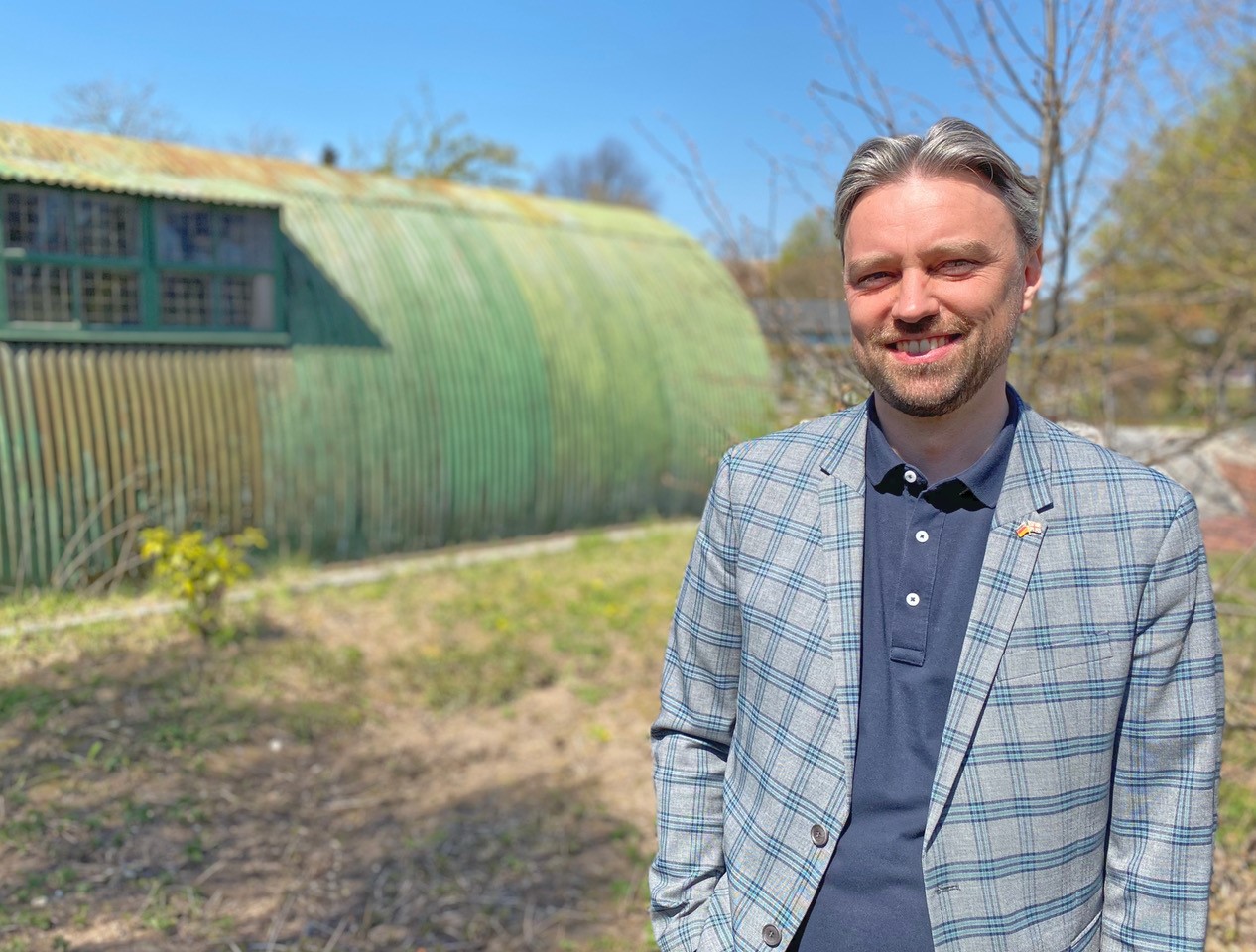 2021 marks the seventy-fifth anniversary of the founding of the German federal state of Niedersachsen (Lower Saxony) by the British military government. Located in northwestern Germany, it brought together the former Prussian province of Hanover with the states of Braunschweig, Oldenburg, and Schaumburg-Lippe in 1946. To mark this anniversary, the German public television broadcaster NDR broadcast Happy Birthday Niedersachsen, a 45-minute documentary produced by Zentralfilm in Hanover and presented in German by former Queen Mary graduate Dr. John Goodyear.

Wearing his trademark chequered suit, his German-British lapel pin with his white trainers, John embarks on a journey across Germany’s second-largest state by land area after Bavaria. Covering hundreds of kilometres criss-crossing the state that stretches from the German North Sea coast to the Harz Mountains, he tries to find out what connects the people and places together. In other words: what makes Niedersachsen with its eight million people the state that it is today? “From the coast to the Harz – that’s a nice advertising slogan, but what is behind it?” John asks in fluent German with a slight English accent early on in the documentary, acknowledging the diverse geography that characterises Lower Saxony.

Niedersachsen’s capital of Hanover, the pristine coastline of the East Frisian island of Norderney, the extensive low-lying rural agricultural moor regions of the Emsland, the undulating hills of the Harz region and the heathlands of the Lüneburger Heide form some of the different backdrops of John’s journey as he sets about interviewing those who have something to say about Niedersachsen or who were eyewitnesses to the ground-breaking events in the state’s 75-year history. Though regional to Niedersachsen, many of these events depicted in the documentary were felt well beyond its borders, reverberating across Germany and even further afield. Among those events are the opening of the Hanover Trade Fair in 1947, the continuation of Volkswagen car production in Wolfsburg 1945/6, and the tearing down of the Inner German Border in 1989, the longest stretch of which actually ran through Niedersachsen in former West Germany.

A recurring theme throughout the documentary is the role that the British played in shaping the state and making it the economic success it has become today. On talking to historian Simon Benne in Hanover’s Town Hall at the start of his journey around Niedersachsen, John learns of the British military role in drawing Niedersachsen’s borders and creating the state as well as the army’s importance in revitalising the economy with the Hanover Trade Fair. Meanwhile, in Friedland near Göttingen, the British Army established and oversaw a transit camp which processed half-a-million refugees in a three-month period after the war, as the Academic Lead of the Friedland Museum, Dr. Anna Haut, vividly reports to John. At the end of the documentary, former British Army Officer, Hugh Pierson, reflects on how the British helped Niedersachsen get back on its feet after the war. Suspicion and scepticism would give way to enduring bonds of affection and friendship with some, such as Hugh, even deciding to make Niedersachsen their home.

John’s own connections to Niedersachsen date back over a decade to his PhD in German at Queen Mary. He first arrived in its capital, Hanover, in 2009 to complete AHRC-funded research into the Hanover-born philosopher Theodor Lessing for his doctoral degree in QMUL’s German Department. Since then, he has made the city of Oldenburg his home, working in the fields of school management, language education and assessment as well as playing an active role in civic society as Vice Chairman of the German-British Society in Oldenburg until 2016. Today, he works between the Department of Modern Languages at the University of Birmingham and the Jade University of Applied Sciences in Oldenburg, regularly commuting between the UK and his home in Germany. “It was this engagement with Niedersachsen as well as my story of learning German, including my PhD at Queen Mary under the supervision of Professor Rüdiger Görner” John said, “that was definitive in the production company Zentralfilm choosing me to front what is a flagship German documentary to mark this important milestone anniversary”.

In searching for a presenter, according to film director Sascha Schmidt, “we sought someone who brings a passion for Niedersachsen and an objective outsider’s view to the documentary – and John fit the bill very well indeed”. He added: “Having John with his German-British profile also supported the story and history we wanted to tell to our audience: what events shaped our 75-year history and to what extent did the British influence and impact life in Niedersachsen.”