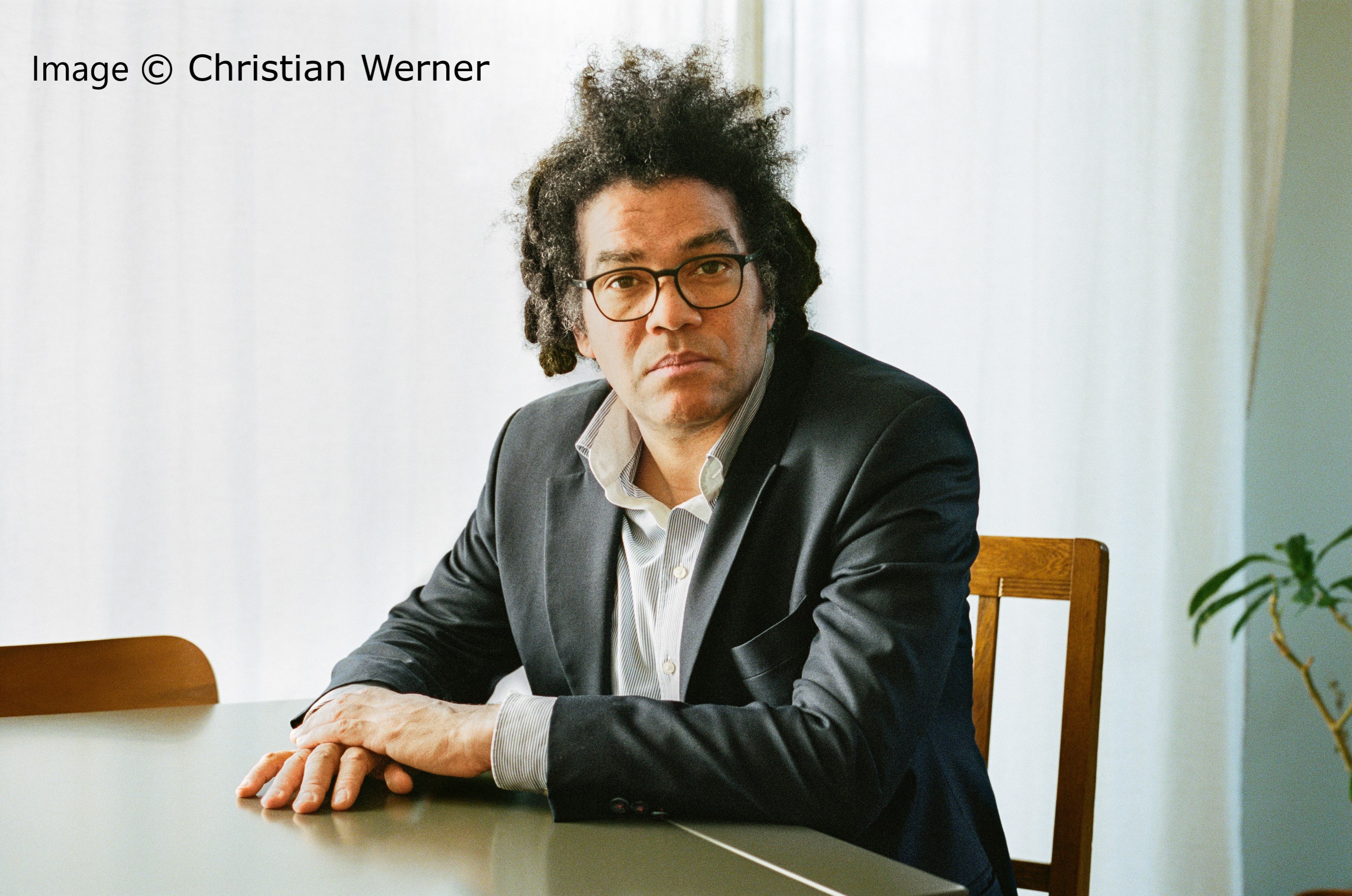 Ijoma Alexander Mangold is his full name. He is one of Germany’s best literary critics. Ijoma remembers his childhood, his teenage years and his early adulthood in this compelling coming-of-age memoir of growing up different in 1970s Heidelberg, in the USA as the German Wall fell, and as a young adult in the new Germany. His own story is inextricably linked with that of his mother, a German from the eastern province of Silesia, forced to escape as a refugee in the expulsions from 1944, and to start afresh in utter poverty in West Germany. His Nigerian father came to Germany to train in paediatric surgery but returned before Ijoma was old enough to remember him. His reappearance on the scene 22 years later forces a crash collision with an unknown culture, one he grew up suspicious of, and a new complex family history to come to terms with.

Expect a lively conversation as they explore the many existential questions raised in Ijoma’s compelling memoir of growing up different.

Ijoma Mangold, born in Heidelberg in 1971, studied literature and philosophy in Munich and Bologna. After working for the newspapers Berliner Zeitung and Süddeutsche Zeitung, he moved to Germany’s weekly Die Zeit in 2009, where he was literary editor in chief from 2013 to 2018.  He is now Die Zeit’s cultural-political correspondent and one of four literary critics on the SWR TV show Lesenswert.  Ijoma is regularly on the jury of major prizes for contemporary German literature. A recipient of the Berlin Prize for Literary Criticism, he has also held visiting professorships at the University of Göttingen, Germany and at the University of Saint Louis, USA.  Ijoma lives in Berlin.

Rüdiger Görner is Centenary Professor of German with Comparative Literature at QMUL. Founding Director of the Centre for Anglo-German Cultural Relations at QMUL. Author and literary critic in London since 1981. Fellow of the German Academy for Language and Literature. Reimar Lüst Lifetime Award of the Alexander von Humboldt Foundation. Order of Merit from the Federal Republic of Germany.

Maha El Hissy is Lecturer in German with Comparative Cultural Studies at QMUL. She is author of the book "Getürkte Türken. Karnevaleske Stilmittel im Theater, Kabarett und Film deutsch-türkischer Künstlerinnen und Künstler" and has published extensively on postmigrant German literature and film. Prior to Joining QMUL, she worked as Assistant Professor at the Ludwig-Maximilians University in Munich.

PRAISE FOR THE BOOK

‘ …. In an era where writings around race, identity and belonging are often visibly geared towards forwarding one ideological agenda or the other, The German Crocodile makes for refreshing reading by exploring these issues in a manner that does not appear calculated. Mangold's combination of thoughtfulness, wit, nuance and lack of calculation is a much-needed one for our times.’  Dr Remi Adekoya Department of Politics University of York

‘… a beautifully written, rueful account of growing up not Nigerian enough for his well-meaning German neighbours. Philip Hensher The Spectator

‘Much more than a personal story, this is a portrait of our society and epoch in miniature. (...) A mixture of reportage and Bildungsroman that simply had to be written.’ Kristina Maidt-Zinke, Süddeutsche Zeitung

‘It is, among many other things, the most beautiful and moving ode to a mother that you can imagine.’ Jan Wiele, Frankfurter Allgemeine Zeitung

‘The rise of the black Reich-Ranicki (...) A book that will make you laugh and cry (...) A must-read!’ Alexander von Schönburg, Bild

The German Crocodile is available to buy here. Excerpt of the English translation available here.