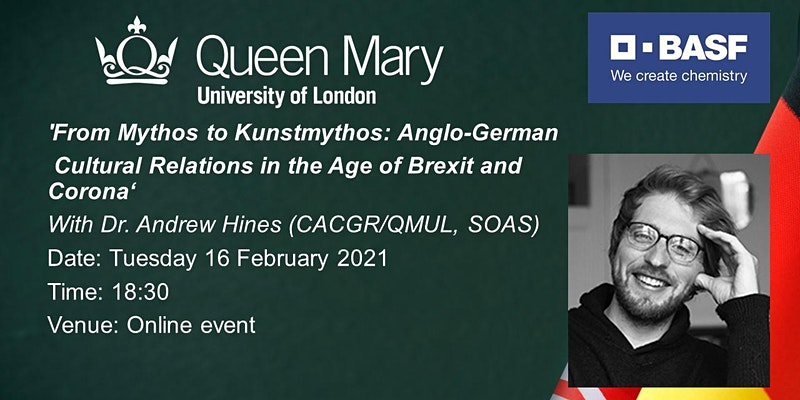 How does mythos become Kunstmythos (artificial myth)? How is it, for example, that we can all comprehend the myth of Britain as a roaring lion on the level of the understanding and yet many would reject the myth when it is crafted for the purposes of describing Brexit Britain? We often think of artificially created political myths, such as the infamous Dolchstoßlegende, as a product of ideology that creates a false consensus of meaning and leads to a gross misunderstanding in the public mind. Yet we will quite readily affirm the innocence of naturally occurring metaphors and myths, such as Britain is a lion, that make up our everyday cultural world. In the time of Brexit and Corona, Anglo-German relations finds itself in a moment of profound civic misunderstanding where the line between mythos and Kunstmythos (artificial myth) isn’t always clear. But it is clear for the sake of healthy democracies that we must be able to judge between mythos and Kunstmythos, between good and bad myths.

Drawing on the philosophical heritage of both Britain and Germany, Dr Andrew Hines will explore the post-war model western democracies have inherited to judge the relationship between understanding and ideology in the public sphere and the increasingly central role that metaphors and myths play in it. Are our concepts of what a misunderstanding is and what makes an authentic vs artificial myth still fit for purpose in age of Brexit and Corona?