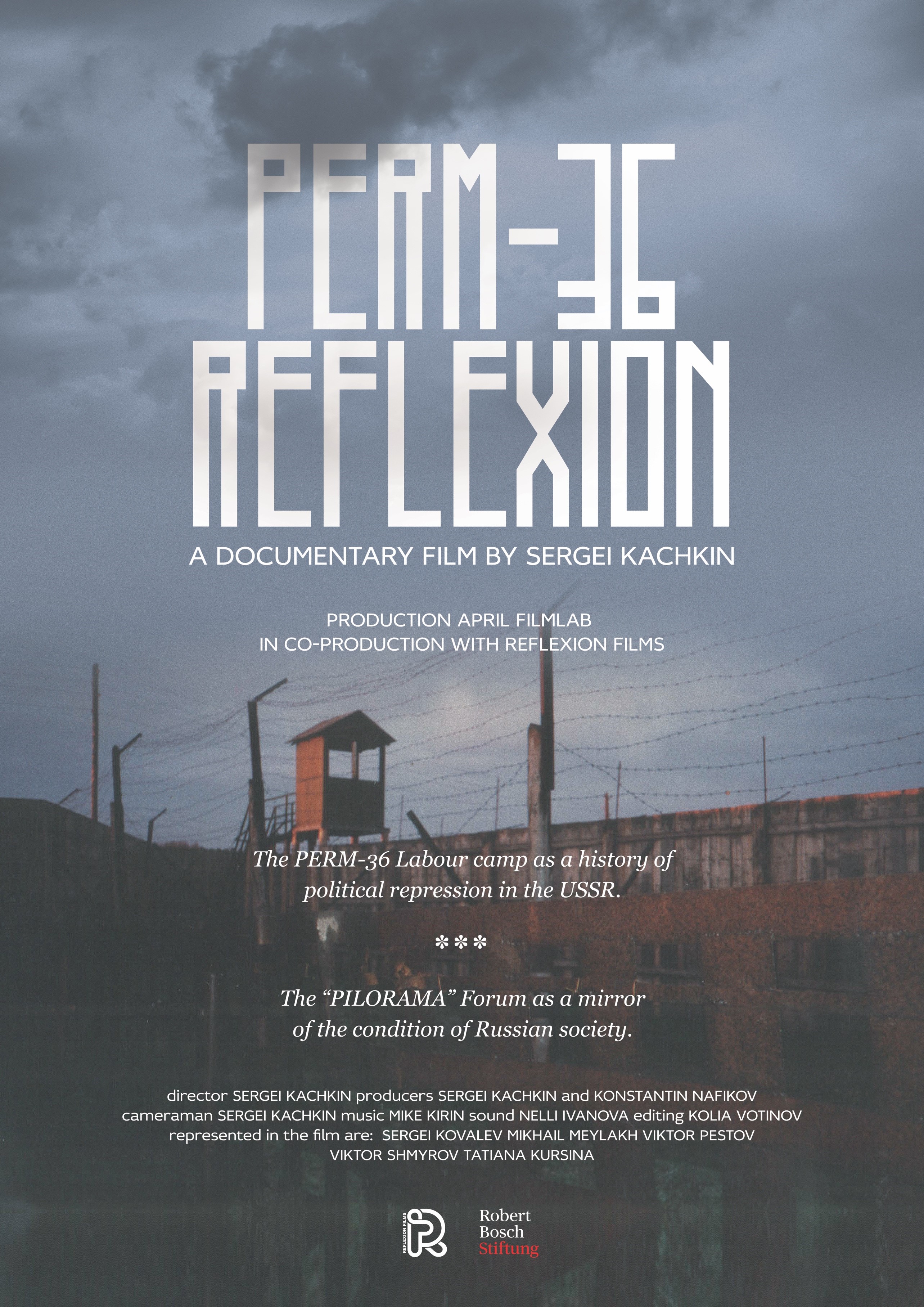 On Wednesday 17 October, The Department of Modern Languages and Cultures, QMUL, will be screening Perm 36. Reflexion. A documentary film by Sergei Kachkin (7pm, Arts One, G.19 The Hitchcock Theatre). Sergei Kachkin will be in attendance and give a Q&A about the film, following the screening.

Three former political prisoners tell the story of their imprisonment in the “Perm-36” prison camp. Years later they return to the camp (now a museum) to participate in the “Pilorama” Forum, a campsite reflecting, mirror-like, Russian society haunted by phantom pains after the fall of the Soviet Union. Red-brown activists zealously rail against the existence of the museum and the forum. They start to gain attention in society and the government. As a result, dark clouds gather over the museum…

Sergei Kachkin ( http://sergkachkin.ru/) was born in 1973 and grew up in the city of Perm. He graduated from Perm Polytechnical University and then several years later graduated from Marina Razhbezhkina’s Film School. Since 2006 he has worked as a producer, director and cameraman. In 2008 he participated in the programme «Cultural Leaders, Filmmakers » in the USA. In the following years he has taken part in many international seminars led by filmmakers Alexander Sokurov (Russia), Rafi Pitts (France); the film critic Tue Steen Müller (Denmark); the producer Iikka Vehkalahti (Finland); 2011-2015 Head of Project Department, Moscow Co-Production Forum of the Moscow International Film Festival (MIFF). In 2012 he organised an educational seminar “Flahertiana ADA Workshop”. In May of the same year the international premiere of his film “On the Way Home” took place at the Krakow Film Festival. Subsequently, the film was screened at various festivals and on television channels throughout the world. Since 2015 he has been an organizer of the «DOKer» Film Festival. In 2016 the premiere of his film “Perm-36. Reflexion” took place at the central Moscow cinema “October”, after which it was shown at film festivals, released nationally and shown at universities in Russia, Europe, the USA and on TV.