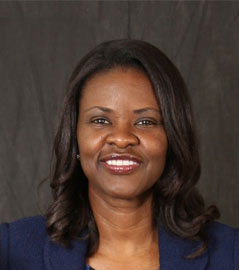 Variation and development in child African American English: All zeros are not equal

Overt 3rd singular marking on verbs is claimed to be absent from the adult African American English (AAE) grammar (Labov, 1972; Green 2002, 2011) although native speakers of AAE may produce 3rd person singular verbal morphology in limited contexts. On the other hand, past tense marking, although produced variably, is part of the AAE grammar (Labov 1972; Green 2011). Newkirk-Turner and Green (2016) claim that in the early stages, children use bare forms of verbs to mark events without reference to tense, agreement, or aspect. In later stages, children also use bare forms of verbs or zero morphological marking in variation with overt morphological marking to indicate tense (and aspect):

1. She go to the chicken and picks up eggs.

2. The cat spilled the milk and the dog make a mess on the floor.

In this interactive discussion, I investigate past and non-past contexts in data based on repetition and story retell tasks from 3- to 6-year-old developing AAE speaking children in Louisiana and Mississippi to test the claim that not all non-overt or zero morphological marking (e.g., She grab the bowl and open the bag of flour. ‘She grabs the bowl and opens the bag of flour’ or ‘She grabbed the bowl and opened the bag of flour’) is equal. The data reveal patterns in zero marking associated with 3rd person singular –s and past tense morphology that are related to the difference in their connections to the AAE grammar. Furthermore, the data also reveal that although developing AAE resembles adult AAE in zero morphological marking, such marking in some stages in child AAE grammar may be an indication of developmental properties and not equivalent to zero marking in adult AAE.