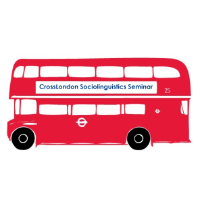 For this CLSS event, we will be focusing on the notion of existential threats: how they are perceived, constructed and circulated textually and in interaction.

The evening will be begin with a brief talk by Ben Rampton, entitled“Understanding existential (in)securitisation in everyday communicative practice”. In this 10-minute presentation, Ben will locate the notion of ‘existential threat’ within growing ‘(in)securitisation’, and point to a few of the challenges that this presents to the sociolinguistics of everyday life, briefly referring to his collaborative work on surveillance, on Greek-Cypriots learning Turkish, and adult language socialisation among Sri Lankan Tamils (also pointing to the www.kcl.ac.uk/liep collaboration and the LISS-DTP training course on ‘Security, Ethnography & Discourse’).

This will be followed by a lecture from Tommaso Milani (University of Gothenburg and University of the Witwatersrand, Johannesburg) entitled “What happened last night in Sweden?” Discourse, Trump and the banality of evil” (abstract below).

Following Tommaso’s lecture, we will have guided small-group and plenary discussions (led by Erez Levon) on “extreme categories” like existential threats, whether they feature in students’ research, and how to approach them analytically when they do.

There will also be, of course, food and drink and an opportunity to socialise with one another!

Look forward to seeing you all there!

“What happened last night in Sweden?” Discourse, Trump and the banality of evil”

The aim of this presentation is to draw upon Hannah Arendt’s concept of “the banality of evil” (1963) to analyze the intertextual connections between Trump’s question about an alleged terrorist attack in Sweden and an increased “shift to the right” in a mainstream political party—Nya Moderaterna—in Sweden. The paper theorizes transnational spatial and temporal connections between Trump’s moment and Swedish dystopian political shifts using Foucault’s concept of Heterotopias (1967) and its cognate notion of the heterochrone (Foucault, 1967). I will show that the historic resonance of Arendt’s concept in this transnational space links totalitarian regimes in the Europe of the 1930s through palpable resonances of totalitarian propaganda, which may not easily be relegated to the past. Elements of them are a reality in the present. I will also show their transnational dispersal as a texture of discourses on “free speech” and “democracy” that play out globally. Ultimately, the argument I make is that Trump and the members of Nya Moderaterna in Sweden are terrifyingly normal. Their rhetoric might not be truthful, but it links into a ‘truthiness’ built of elements that sound true, and, through a web of discursive devices and intertextual links, creates the dystopian illusion of a truthful and coherent account of society. As Arendt would say, each of them is a spore in a growing fungus that might not have much depth, but is spreading quickly into the very center of the political debate in Sweden that has been resisting a shift to the right for a long time. And, as Foucault would add, these discourses together produce a heterotopia, a specific nexus of time and space that simultaneously reflects and distorts reality for particular political purposes.