Nothing Bad Can Happen: Banality, Violence and Film. A research day with Director Katrin Gebbe 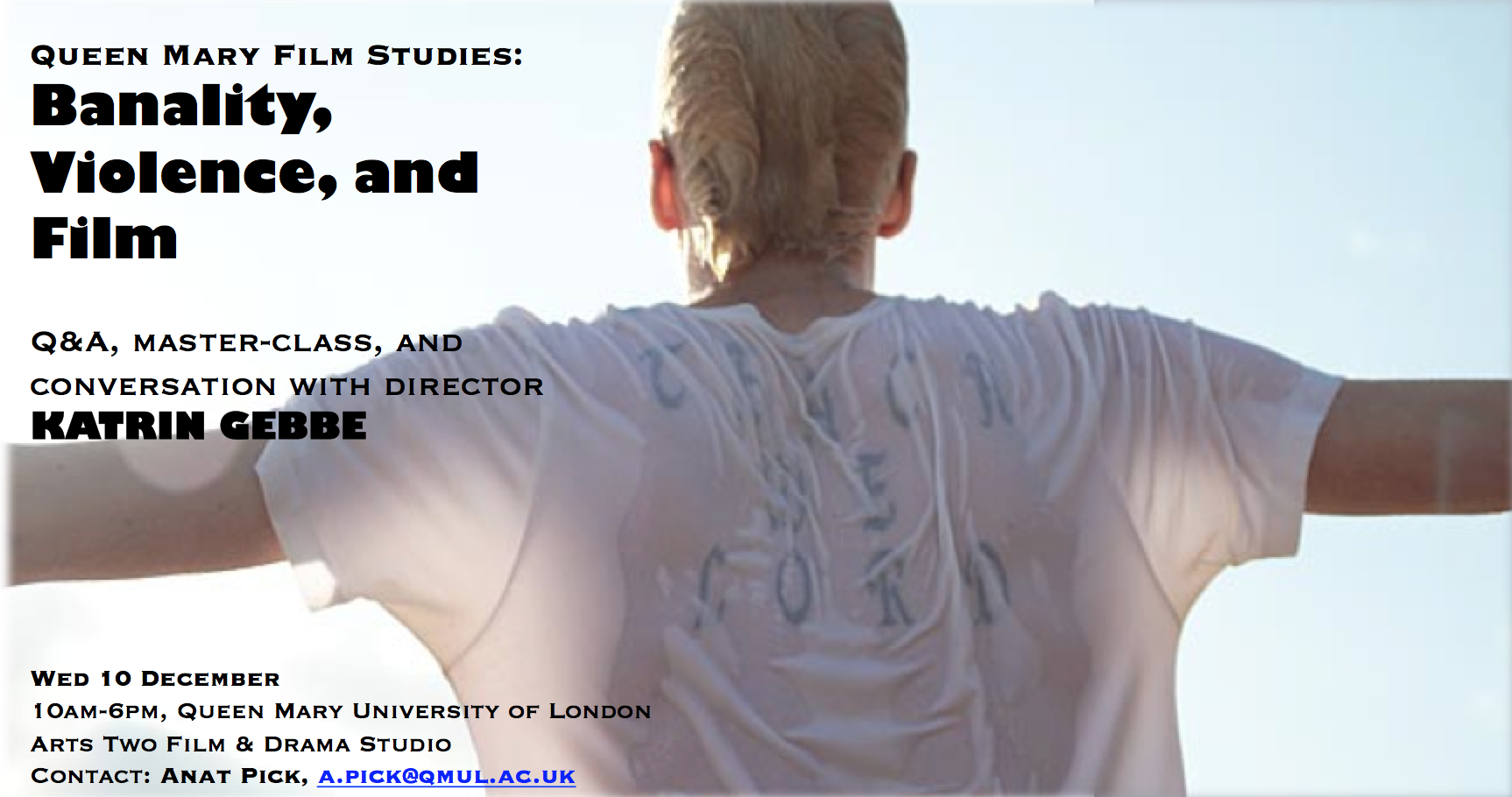 Think Tank, the film-philosophy research cluster of Queen Mary's Department of Film Studies is hosting a special day with director Katrin Gebbe, whose first feature Nothing Bad Can Happen (2013) was released last year to wide acclaim. Loosely based on a recent criminal case in Germany and on Dostoevsky’s The Idiot (1869), Gebbe’s film is a unique inquiry into innocence, the banality of violence, and their representation on screen.

The three-part event comprises a screening and Q&A, a masterclass with Katrin on producing a first independent feature, and a symposium with Katrin and Think Tank members.

The event is free but places are limited! All welcome.

2-4pm: Masterclass with Katrin Gebbe (Arts One, the Pinter Studio)

6:30pm: All invited to join us for drinks

How to find us