Fetishism and Skepticism, or the Two Worlds of Christian Metz and Stanley Cavell 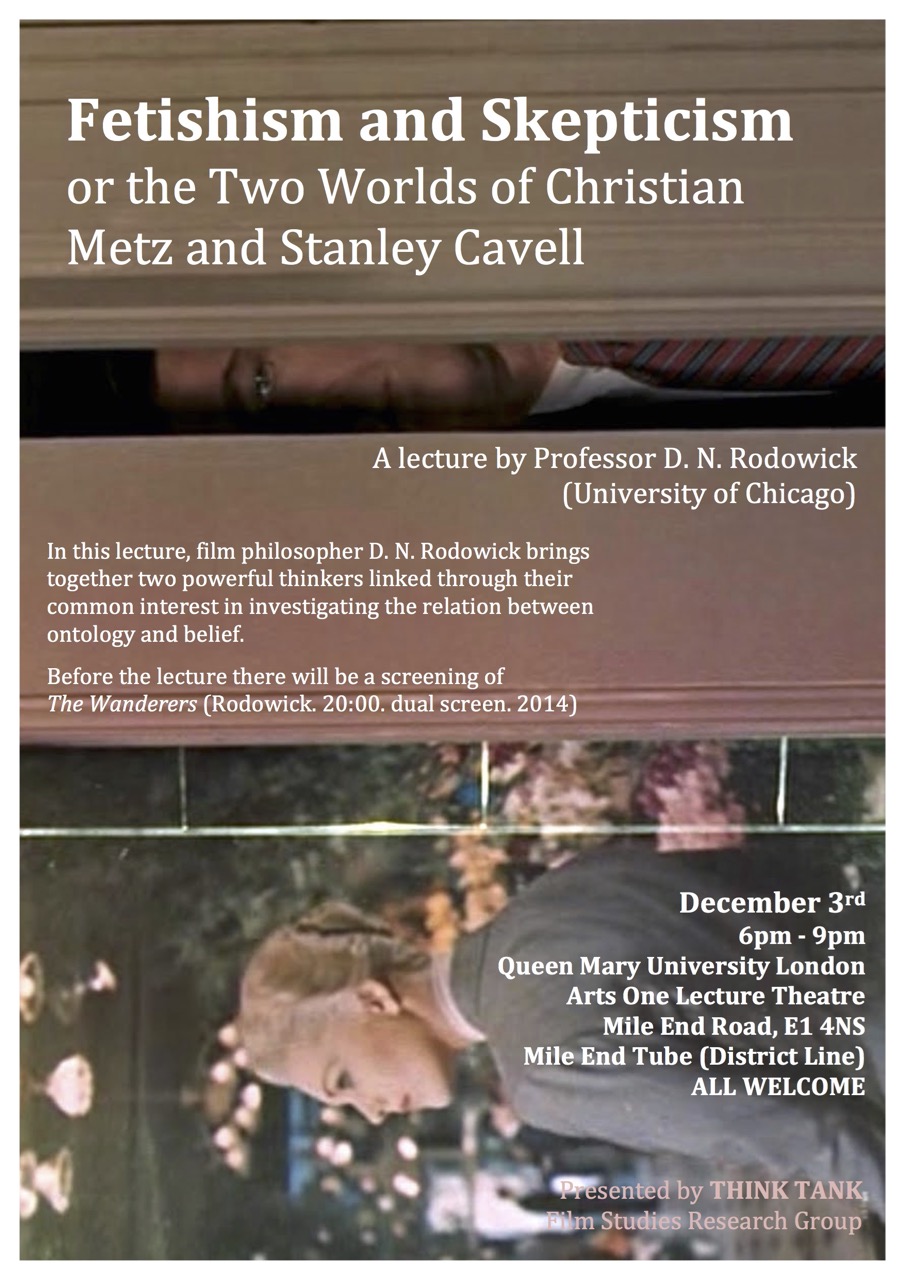 A lecture by Professor D. N. Rodowick (University of Chicago)

In this lecture, film philosopher D. N. Rodowick brings together two powerful thinkers linked through their common interest in investigating the relation between ontology and belief.

Further Information:
In this lecture, D. N. Rodowick brings together two powerful thinkers who are rarely discussed in the same frame: Christian Metz and Stanley Cavell. Roughly contemporary and equally influential in promoting strong versions of film studies, Metz and Cavell appear to approach the cinema as if from two different worlds. Ever the semiologist (although a semiology tempered by phenomenology), Metz seeks to ground questions of meaning, belief, and perceptual experience in psychology, or rather psychoanalysis. Though no less interested in psychoanalysis, Cavell approaches similar problems and experiences as a philosopher influenced by the later Wittgenstein and J. L. Austin’s investigations of ordinary language, though again, in ways tempered by phenomenology.

Metz works as a semiologist or film theorist, and Cavell as a philosopher. Still, these two influential thinkers are linked through their common interest in investigating the relation between ontology and belief, and especially the perceptual character of expressions of ontology and belief. Both Metz and Cavell depict this problem as a nearly universal experience where evidence of the senses and of cognitive experience come into conflict with one another in the paradoxical structure of belief.

Before the lecture, D. N. Rodowick will be screening his dual screen film installation The Wanderers:

1954 and 1958—Italy and Northern California—black & white and color. In one a woman wanders and observes (Rossellini’s
Voyage to Italy); in the other, the woman wanders and is observed (Hitchcock’s Vertigo). In both situations the gaze is mobile, walking or driving, the world screened by the floating frame of vision or car windows. Across the two spaces the women meander through museums, cemeteries, cities, landscapes of forest and ocean, sites of repetition, history,
memory, and death. Images of faith and its distance from this world appear throughout. The Wanderers is a dual screen projection that is part of a larger installed work that re-imagines these two films as worlds sustained only by female desire, and which communicate across incommensurate dimensions.