The Centre for Film and Ethics 2021 Annual Lecture 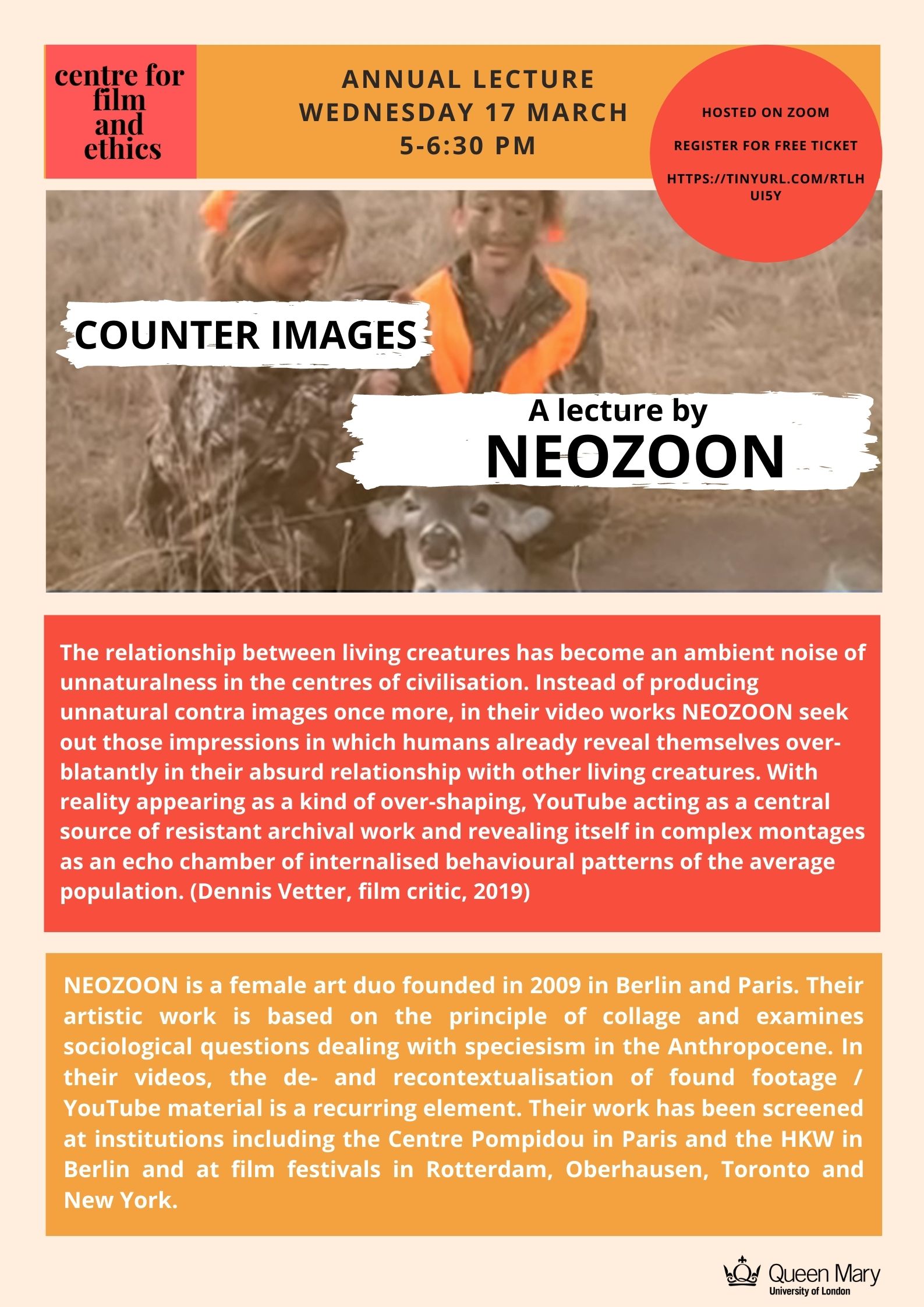 Counter Images - A Lecture by NEOZOON

The relationship between living creatures has become an ambient noise of unnaturalness in the centres of civilisation. Instead of producing unnatural contra images once more, in their video works NEOZOON seek out those impressions in which humans already reveal themselves over-blatantly in their absurd relationship with other living creatures. With reality appearing as a kind of over-shaping, YouTube acting as a central source of resistant archival work and revealing itself in complex montages as an echo chamber of internalised behavioural patterns of the average population. (Dennis Vetter, film critic, 2019)


NEOZOON is a female art duo founded 2009 in Berlin and Paris. Their artistic work is based on the principle of collage and examines sociological questions dealing with speciesism in the Anthropocene. In their videos, the de- and recontextualization of found footage / YouTube material is a recurring element. Their work has been screened at the Centre Pompidou in Paris, the HKW in Berlin and in international film festivals in Rotterdam, Oberhausen, Toronto and New York.

Hosted on Zoom
Register for free here:
https://tinyurl.com/RTLHUI5Y
https://qmul-ac-uk.zoom.us/webinar/register/WN_myeTyTFiSZC11tJNRlJH-Q
Back to top