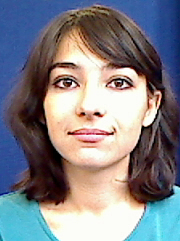 My thesis, ‘Witnessing War, Migration and Violence in Contemporary Graphic Narrative’, compares a selection of twenty-first century comics authors who write in English, Spanish, French and Italian and explore traumatic events in the material, socio-economic and narrative dimension of the ‘graphic novel’. Taking into consideration the works’ complex relationship with reality and assumption of political responsibility, it asks how these comics provide new interpretive frames for readers’ understanding of current affairs. The perspective the thesis adopts is comparative and transnational. The methodology relies on a broad understanding of the comics medium, based on a semiotic, technical and institutional definition. The aim is to compare these texts with testimonial cultural production in other media, without losing sight of what the spatial language of comics can do differently.

I began working on testimonial literature, memory and visual culture during my MA in Comparative Literature at UCL. Before, I pursued a BA in Hispanic Studies and Comparative Literature at QMUL, spending my year abroad at Universidad Complutense de Madrid. I was a trainee translator at the European Commission and later worked as an Italian translator in the private sector.

I am one of the organisers of the IMLR Graduate Forum, which meets once a month during term-time to share and discuss members' work in an informal setting. I also work in the Department of Comparative Literature as an Academic Environment Support Assistant.