Dr Will McMorran was awarded the 2017 Scott Moncrieff Prize alongside Dr Thomas Wynn for translating The 120 Days of Sodom into English, which was then released as a Penguin Classic in 2016. 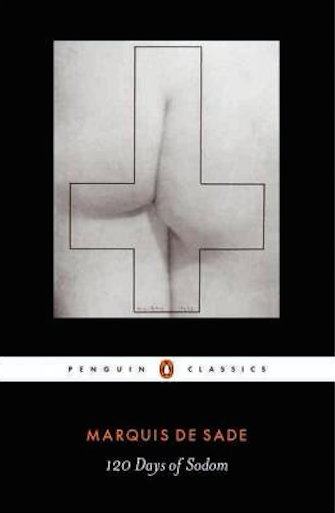 The Scott Moncrieff Prize is an annual award of £1,000 for translations into English of full length French works of literary merit and general interest. Established in 1965, and named after the celebrated translator of Proust’s Á la Recherche du Temps Perdu, the prize is sponsored by the Institut français du Royaume-Uni.

Dr McMorran said: “Tom and I are very humbled to win such a prestigious prize, and to join such illustrious past winners as Barbara Wright, Christopher Hampton and Barbara Bray.”

The translation has received high praises as it is the first truly accurate translation from French to English and captures the brute force of the original work in all its horror.

Andrew Hussey, judge of the Scott Moncrieff Prize, said: “Without in any way giving in to hyperbole, I would say that this translation is a 21st century monument, changing not only the way in which we view the French 18th century, but providing a guide to the present and future.”

Judge Ian Patterson added: “We thought this translation was quite exceptional in its capacity to capture the true voice of this strange and difficult eighteenth-century text the textual and editorial scholarship of the translators, their wonderful handling of the terminology and the diction of the original, along with the fluency of their translation, and the ways in which it creates for the first time for Anglophone readers a properly accurate version of Sade’s text.”

First published in 1904, The 120 Days of Sodom was written in 1785 by the French aristocrat, Donatien Alphonse François, better known as the Marquis De Sade.

Dr McMorran said: “The 120 Days of Sodom is arguably the most extreme work of fiction ever written: readers expecting an eighteenth-century version of Fifty Shades of Grey won’t just be disappointed – they will be horrified. It is hard to imagine a more challenging and disturbing text – or a more powerful one.”