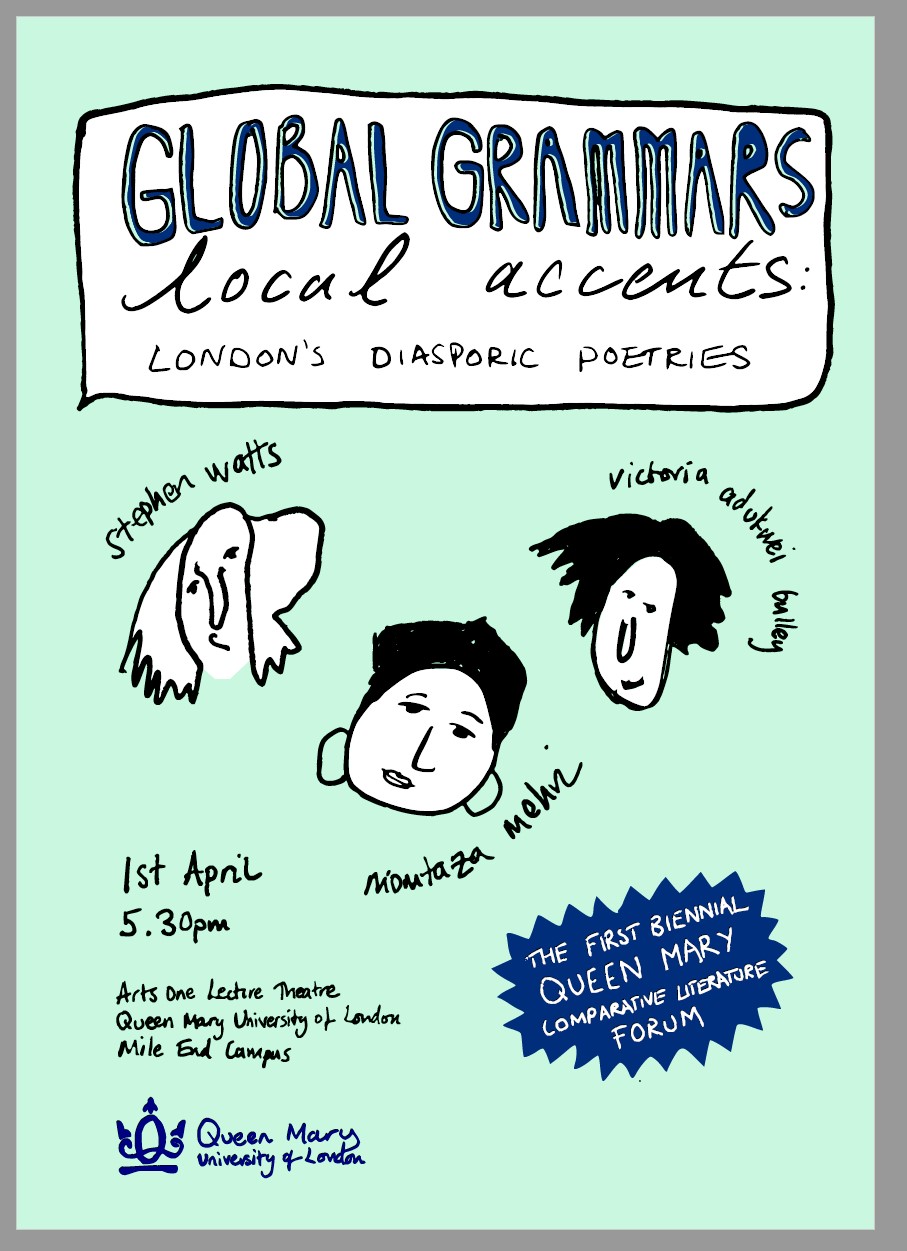 Hosted by Dr David Anderson and Dr Nicola Thomas, this event will bring together three London-based poets, critics and translators for a discussion about multilingual diasporic poetries in London, exploring how local accents and mother tongues interact in writing and spoken word. Where, how and under what circumstances does multilingual poetry in London flourish? What role does it play for the many diasporic communities which make up London’s rich literary culture? And what role do translators, researchers and editors play in its creation and transmission? The speakers will be invited to reflect on these questions and their own critical practice, read from their work, and talk about the diasporic poetries which are important to them. The event is followed by a drinks reception.

Victoria Adukwei Bulley is a poet, writer and filmmaker whose work has appeared variously in publications including The Poetry Review and Chicago Review. Victoria is the director of MOTHER TONGUES, an intergenerational poetry, film and translation project supported by Arts Council England and Autograph. She is a Complete Works Poetry and Instituto Sacatar fellow, and sits on the advisory board of the Poetry Translation Centre. Her debut pamphlet is Girl B.

Momtaza Mehri is the co-winner of the 2018 Brunel International African Poetry Prize. Her work has been widely anthologised, appearing in the likes of Granta, Artforum, Poetry International, Vogue and Real Life Mag. She is the former columnist-in-residence at the San Francisco Museum of Modern Art’s Open Space. Her chapbook Sugah Lump Prayer was published in 2017. Her most recent chapbook, Doing the Most With the Least, was published by Burley Fisher Books as a Goldsmiths Short in 2019.