I joined the London Ambulance Service in 2007 after assisting with a medical emergency outside my home. I realised that a paramedic’s job and a broadcast journalist’s job had many similarities. Both professions had to be skilled at questioning people to find out exactly what happened, they were both fast paced jobs that involved highly emotional scenarios, and both involved being constantly out talking to people. I was good at looking after people and dealing with emergencies, which I hadn’t realised was a skill not all people have. 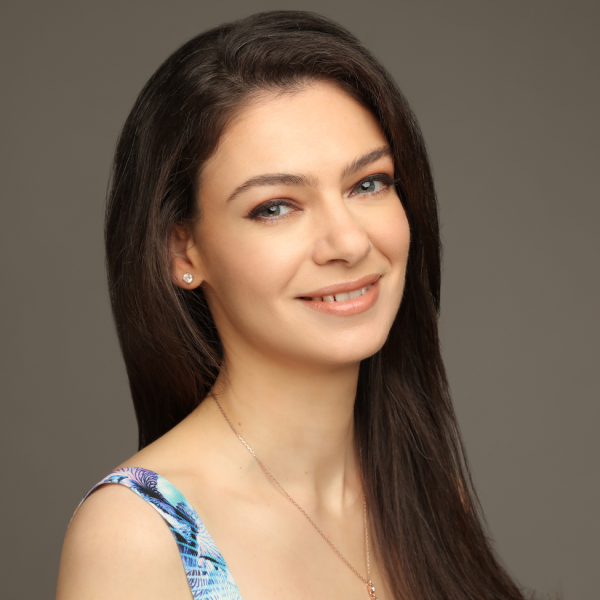 Why did you choose to study English with Russian at Queen Mary? Did you have a particular career path in mind?

I originally hoped to go into a career in the radio industry working as a broadcast journalist. Whilst at school, I gained work experience with the BBC Russian Service, as well as the local BBC radio station in Salisbury. I enjoyed writing and any work that involved creativity, so a career in broadcasting seemed perfect for me.

While I was studying at Queen Mary, I got a part time job working for BBC Radio 1 as a Broadcast Assistant and had my own radio show on the University of London’s radio station. At the end of my first year, I travelled to Moscow where I worked for an English-speaking radio station based in Red Square.

Having Russian as part of my degree would have opened doors for me in the future if I had wanted to work as a foreign correspondent.

What was it that interested you about the Russian language in particular?

I was studying Russian A Level at school. I loved the language and was fascinated with Russian history and culture. There were only a small number of students studying Russian at the time, and I have fond memories of my classmates and our trip to St Petersburg.

I love travelling and learning about other cultures, and when you study languages, you are also studying the customs of the group who speak it. I think to be able to understand and learn about another culture, you first need to understand their language.

When I was thinking about my university choices, I knew I wanted to study English but also wanted to continue Russian if possible. Back then there were not many Universities that had an option to study both English and Russian, so the degree at Queen Mary was perfect for me because it allowed me to study both.

What was the balance of your English and Russian studies like and how did they complement each other?

My degree was in English, but I was able to take some modules in Russian. The first year was split 50:50 between the two, the second year was 75% English modules and 25% Russian, and the final year was only English.

Can you tell us a bit about your journey after Queen Mary and touch on what you do now?

After graduating from Queen Mary in 2003 I moved to Falmouth where I studied for a post graduate diploma in Broadcast Journalism at Falmouth College of Arts.

After leaving Falmouth I moved to Northern Ireland and lived in Belfast for a year, where I worked at Ulster Bank and studied theology at Queens University. I moved back to London in 2006 where I studied Hebrew and Jewish Studies at UCL and worked in the university library.

The following year, I joined the London Ambulance Service where I worked for six years before going to Kings College London to study Nursing. After qualifying as a Registered Nurse, I specialised in post anaesthetic care and got a job working in the Day Surgery Unit and St George’s Hospital.

I started my beauty blog in 2019 while I was still nursing. During the pandemic I was working on the front line in a COVID intensive care unit, and blogging was a great way for me to relax after work. Now my blog has turned into a fulltime job for me, although I will continue to work nursing shift's part time.

What inspired you to pursue nursing?

I joined the London Ambulance Service in 2007 after assisting with a medical emergency outside my home. I realised that a paramedic’s job and a broadcast journalist’s job had many similarities. Both professions had to be skilled at questioning people to find out exactly what happened, they were both fast paced jobs that involved highly emotional scenarios, and both involved being constantly out talking to people. I was good at looking after people and dealing with emergencies, which I hadn’t realised was a skill not all people have. My years at London Ambulance Service were life changing for me and inspired me to train to become a Nurse.

I was always interested in testing out beauty products and making my own natural hair and skin care recipes. I never dreamed that one day I would be able to make a living out of this! I started my beauty blog, UK Beauty Room, as a hobby in 2019. It was something I worked on at the weekends or in the evenings to relax. Now, less than two years later, the website has over 150,000 readers every month! Looking back, I can see I am using all the journalism and writing skills that I had planned to use in my career when I was at Queen Mary, but just in a way I had never imagined back then.

What would your advice be to someone who wants to start their own blog?

Looking back, I wish I had started my blog earlier. Blogging is an amazing way to earn a living and allows you to be your own boss.

There are two pieces of advice I would give to anyone who wanted to start a blog. Firstly, make sure it is a self-hosted blog rather than a hosted one. Self-hosted blogs are easier to customise and monetise, and you have complete control over the layout and design. They also give you unlimited possibilities, because unlike with hosted blogs, you actually own your website. Secondly, be aware that you need to keep writing content on the website consistently for at least a year before you start earning money or gaining a proper following. There are no short cuts. It is a lot of work but in the long run it is well worth the effort and time.

What are some of your fondest memories of your time at Queen Mary?

My time at Queen Mary was the happiest period of my life. I loved the English course and have fond memories of the classes and the lecturers. One of my modules was studying the Bible as Literature. In a way, that module changed me and shaped the course of my life. It was the reason I later went on to study theology.

I also have fond memories of my university friends. We used to go to E1 night club back when it was on Bancroft Road and have dinner at the Golden Bird on Mile End Road, which I don’t think is there anymore.

What did you enjoy most about studying languages?

Languages are shaped and evolve according to cultural concepts, and I found it fascinating that some phrases or words just couldn’t be translated into English.

I love travelling and learning about other cultures, and when you study languages, you are also studying the customs of the group who speak it. I think to be able to understand and learn about another culture, you first need to understand their language.

I especially enjoyed studying Russian since we were a small group, and all got to know each other well. We were not just studying the language but also spent time going to Russian restaurants and watching Russian plays. I have particularly happy memories of our dinners together.

This profile was conducted by Alumni Engagement Coordinator, Nathalie Grey. If you would like to get in touch with Olivia or engage her in your work, please contact Nathalie at n.grey@qmul.ac.uk.