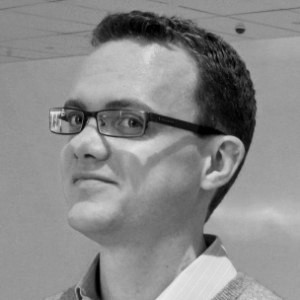 I grew up in South Africa: I was born and raised in the coastal city of Port Elizabeth, in the Eastern Cape, and read English and Law as an undergraduate at Rhodes University in nearby Grahamstown, before completing an MA in American literature there.

I came to the UK as a Commonwealth Scholar to read for the erstwhile MPhil in English Literature (1880-present) at Oxford University, where I subsequently wrote a DPhil dissertation, supervised by Peter D. McDonald, on the development of the idea of a ‘South African’ literary tradition between 1883 and 1979, based on a series of case studies.

I am (now) a dual British and South African citizen and continue to have strong links to and family in South Africa, where I travel, undertake research, work collaboratively with South Africa-based colleagues, and give papers frequently. I hold the honorary position of Extraordinary Associate Professor in the Department of English at the University of the Western Cape.

My first book, South African Textual Cultures (Manchester University Press, 2007), considered the construction of the idea of an anglophone ‘South African’ literature through a series of case studies of the publication and reception histories of authors from Olive Schreiner, Alan Paton, and Alex La Guma, to J.M. Coetzee and Zakes Mda. Rita Barnard called it ‘the first major study to question the very category of “South African literature” and to describe the process of its construction in a sustained, engaging, theoretically astute manner’. I continue to write about and facilitate work on African and South African print cultures: I contributed on the subject to the Oxford Companion to the Book (2010); Wits University Press published my edited reader, Print, Text and Book Cultures in South Africa, in 2012.

My current principal interest is in writing from South Africa during the past three decades. My most recent book, Present Imperfect: Contemporary South African Writing (Oxford University Press, 2017), mobilizes an understand of ‘disappointment’ as description of affect and of temporality (a missed appointment with a future imagined by the anti-apartheid movement) in order to discuss how postapartheid writing engages temporality, genre, and form in its treatment of the fate of the hope that attended the birth of the ‘new’ nation in 1994. Considering in detail work by J.M. Coetzee, Nadine Gordimer, Songeziwe Mahlangu, Masande Ntshanga, Marlene van Niekerk, Ivan Vladislavić, Zoë Wicomb, and Ingrid Winterbach, it assesses their engagements with a range of negative feelings that are also experiences of temporal disjuncture, including stasis, impasse, boredom, disaffection, and nostalgia. Simon Gikandi calls the book ‘one of the most lucid and original reflections on South African writing after Apartheid’. Derek Attridge says it ‘provides an insightful, absorbing and theoretically astute investigation of the status of contemporary South African literature’.

I have published elsewhere on Coetzee (including a short Continuum/Bloomsbury book on Disgrace), Gordimer, and Wicomb, co-edited special issues of journals on South Africa and the global mediascape and on Wicomb and transnationalism, and contributed chapters to the Cambridge History of South African Literature (2012) and the Oxford History of the Novel in English (vol. 11, 2016). I have also published on queer politics and performance in contemporary South African art.

I have recently held fellowships from the Leverhulme Trust (Research Fellowship), the British Academy (co-investigator, Newton Advanced Fellowship), and the Harry Ransom Center at the University of Texas at Austin (funded by the Mellon Foundation).

I am a member of the Sexual Cultures Research Group in the School of English and Drama, and the Queen Mary Postcolonial Seminar. 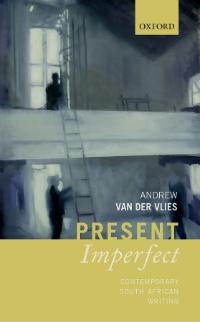 2014. ‘“[From] whom this writing then?”: Politics, Aesthetics and the Personal in Coetzee’s Age of Iron’. In Approaches to Teaching Coetzee’s Disgrace and Other Works. Ed. Laura Wright, Elleke Boehmer, Jane Poyner. New York: The Modern Language Association of America. 96-104.

2012. ‘Queer Knowledge and the Politics of the Gaze in Contemporary South African Photography: Zanele Muholi and others’. Journal of African Cultural Studies 24.2, 140-56.

2010. ‘The History of the Book in Sub-Saharan Africa’. In The Oxford Companion to the Book. Ed. Henry Woudhuysen and Michael Suarez. Oxford: Oxford University Press. 313-20.

2008. ‘On the Ambiguities of Narrative and of History: Writing (about) the past in recent South African literary criticism’. Journal of Southern African Studies 34.4, 949-961.

2002. ‘The Editorial Empire: The Fiction of “Greater Britain”, and the Early Readers of Olive Schreiner’s The Story of an African Farm’. TEXT: An Inter-disciplinary Annual of Textual Studies 15, 237-260.

I welcome enquiries from potential doctoral students interested in any of my research areas. I have most recently supervised PhD projects on: the trope of the child in South African literature; representations of London in writing by South Africans; J.M. Coetzee, ethics, and narratology; masculinity in postapartheid South African fiction. I am currently supervising a project on feminist practice in contemporary South African writing and visual art.

I have been a regular reviewer of African and South African material for the Times Literary Supplement, where I have published on Nadine Gordimer (3 December 2010), Chinua Achebe (2 April 2010), Wole Soyinka (17 August 2007), Ngugi wa Thiong'o (20 October 2006), and J.M. Coetzee (2 September 2005), amongst many others. I have also published in the leading South African fine arts journal Art South Africa and in the British Independent newspaper, and appeared on BBC Radio 4’s ‘Open Book’ programme and at literary festivals in London and Cape Town. I am an editor of Safundi: The Journal of South African and American Studies, a Routledge journal, and I serve on the editorial boards of the Journal of Southern African Studies, Scrutiny2: Issues in English Studies in Southern Africa, and English in Africa. I speak regularly at seminars and conferences in Europe, South Africa, and the United States.