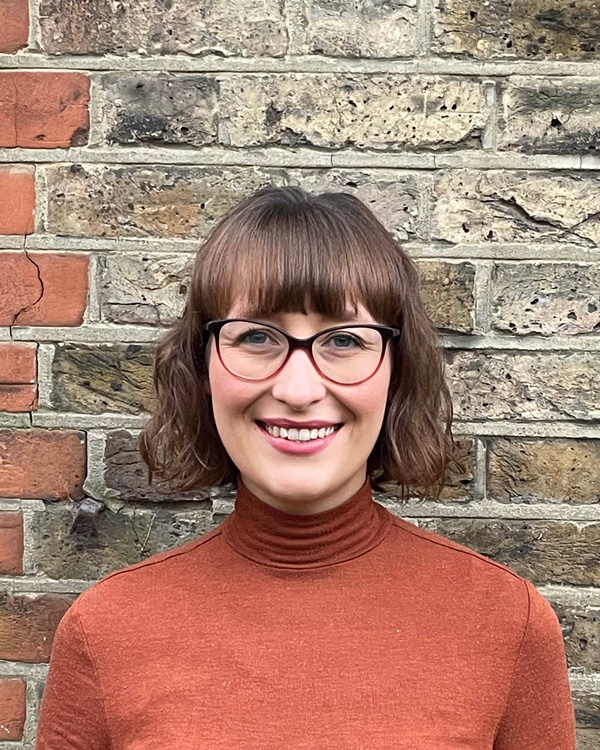 I joined QMUL as a Leverhulme Early Career Fellow in January 2021 to work on a project about nineteenth-century atheist, secular, and agnostic movements and the associated periodical press. Prior to this, I worked at University College London in a role supporting impact activities across the Faculties of Arts & Humanities and Social & Historical Sciences. In 2019 I was a research assistant on a collaborative project between UCL and the Resolution Foundation exploring the intersections of structural inequalities: ‘Exploring Inequalities: Igniting research to better inform UK policy’.

I was awarded my PhD by the University of Birmingham in 2017 for research on the Victorian poet, philosopher, and scientist Constance Naden, the subject of my first monograph. In 2017/18 I was the Nineteenth-Century Matters Early Career Fellow at Cardiff University, a position supported by the British Associations of Victorian Studies and Romantic Studies. I have taught undergraduates and postgraduates at UCL and the University of Birmingham.

I am the Newsletter Editor for the British Association for Victorian Studies, and I was previously the editorial assistant for the journal Modernist Cultures. I also sit on the QMUL Public Engagement Small Grants Funding Panel, as a representative for the Faculty of Humanities and Social Sciences.

I am not currently teaching in the department. However, I would be very happy to discuss topics related to my areas of research with both undergraduate and postgraduate students.

I am primarily working on my second book project: ‘Reading the Freethought Movement: Atheism, Agnosticism, and Secularism, 1866–1907’. This research focuses on how freethinkers harnessed the power of periodicals as networks to shape conversations about faith and society in Victorian Britain. I am interested in how the freethought press fostered a sense of collective identity as a radical reform movement and how these writings can enhance our understanding of nineteenth-century society as well as provide a new perspective on modern-day secularism.

My 2019 monograph was the first major study of the freethinking poet, philosopher, and student of science Constance Naden (1858–1889), about whom I have also published several shorter pieces. The book introduces Naden’s life and diverse works, demonstrating how a rigorous scientific education, a thorough engagement with poetry and philosophy of the long nineteenth century, an involvement with the Victorian radical atheist movement, and a comic sensibility each shaped her intellectual achievements. I argue that Naden’s guiding principle was ‘unity in diversity’, a concern that resonated across a century shaped by scientific discovery, secularisation, and political agitation. This research was underpinned by my discovery of three of Naden’s adolescent notebooks, dating from the 1870s. The notebooks’ contents doubled her poetic corpus and were the first manuscript materials attributable to Naden. In collaboration with her descendants, I facilitated the deposit of these documents at the University of Birmingham’s Cadbury Research Library where they are now publicly accessible.

I was co-editor, with Naomi Hetherington, of a Routledge Historical Resource, Nineteenth-Century Religion, Literature and Society: Disbelief and New Beliefs (2020). This volume reproduced and contextualised important but inaccessible primary texts to illuminate transformations in Britain’s religious landscape, for which I co-wrote the introduction and was reponsible for the sections 'Scientific Approaches', 'Spiritualism', and 'Freethought'.

Other strands of my current research include nineteenth-century esotericism and the works of George Egerton, and freethought writing for children; more broadly, I am interested in Victorian women's poetry, the dialogue as a literary form, and the development of the social sciences in Britain.

I have a keen interest in the theory and practice of public engagement, stemming from my time working as a Research Impact Officer at UCL. I welcome opportunities to share my research with, and learn from, those outside academia.

In partnership with Constance Naden’s descendants, I led a successful campaign to replace Naden’s gravestone in Birmingham’s Key Hill Cemetery, which was illegible and in a state of disrepair. The appeal featured in local media and led to an ‘In-Conversation’ event on Naden at the Birmingham and Midland Institute (March 2018) and an online public talk about her importance for the Jewellery Quarter Cemeteries Project (August 2020). The new gravestone was installed in May 2019.

Other public engagement and impact activities include: