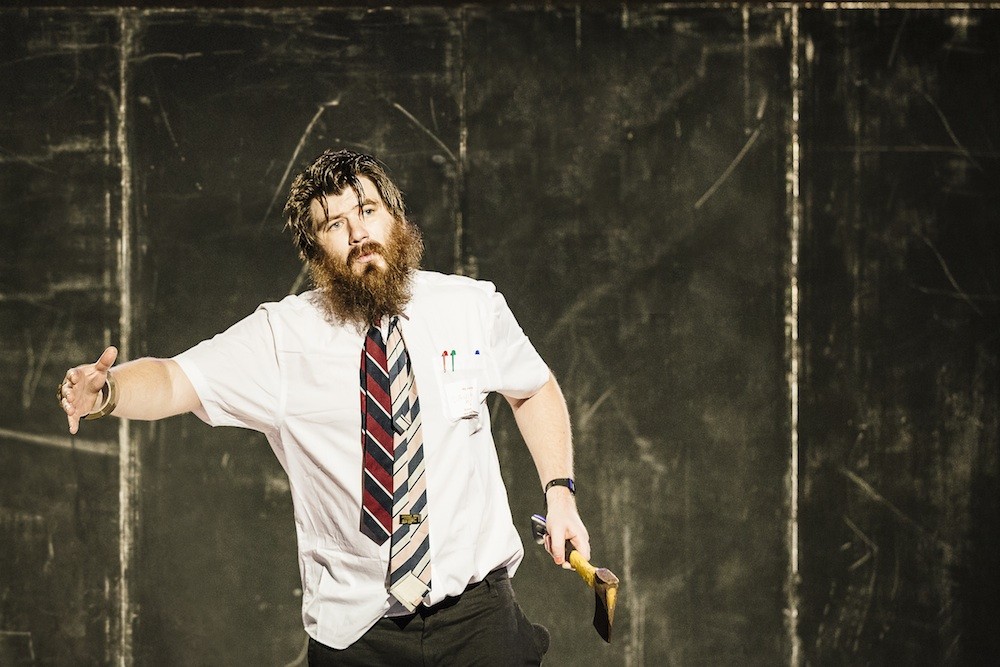 My own experience with dyspraxia has lead to an invested interest in neurodiversity and its place in contemporary performance practices and scholarship.

I completed my BA in Contemporary Arts at Nottingham Trent in 2003. I have been a practising Performance Artist since then. In 2005 I moved from Nottingham to London. I completed my MA in Theatre and Performance at Queen Mary in 2010 and started my PhD here straight after.

I am invested in developing a neurodivergent-led approach to teaching and facilitation.

My research investigates the efficacy of awkwardness in contemporary performance and live art. This interest is entwined with a personal investment in neurodiversity. Embracing neurodiversity means celebrating the vast range of ways of emotionally and cognitively experiencing and describing the world, and not always trying to ‘fix’ or dismiss modes of being and doing commonly understood as ‘dysfunctional’ (for example, due to autism, dyspraxia, dyslexia, aspergers and other hidden disabilities). My on-going practice-based research (performances, workshops, Long Tables) explores this position in relation to audience participation in contemporary performance and live art, and is directly related to my own experience of dyspraxia.

I have hosted a series of public discussions around neurodiversity and performance using Lois Weaver’s ‘Long Table’ format. These were supported by Arts Council England. They have occurred at Queen Mary, as part of Peopling the Palace; the Royal College of Art, London; Lakeside Theatre, Essex University and Reactor Halls, Primary, Nottingham; Live Art Bistro, Leeds.

I have given various public performative lecture on awkwardness, participatory performance and neurodiversity. These have occurred at the Awkward Bastards 2 conference in Birmingham (available here), Normal? – Festival of the Brain in Folkestone, and as part of the Bad Vibes Club at Open School East, London (available here).

I have been creating solo and collaborative experimental participatory performances since 2003. I have always focussed on social engagement, audience participation, fantastical world-building, awkwardness, clumsiness, and, more recently, on experiences of dyspraxia and advocacy for the neurodivergent. My work has been presented internationally.