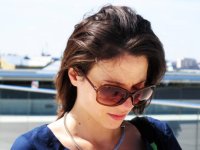 I joined Queen Mary after completing my doctorate at the University of Oxford. My thesis explored the relationship between drama and religion before and during the English Reformation; from it I developed my first book, The Drama of Reform: Theology and Theatricality, 1461-1553 (Brepols, 2013). Since then I have co-edited a collection of essays, The Psalms in Medieval English Literature (Boydell & Brewer, 2017), which grew out of the conference on Psalm Culture and the Politics of Translation (2013) that I co-organised with Ruth Ahnert (QMUL) and Francis Leneghan (Oxford).I am also the editor of two further essay collections on medieval and renaissance material culture.

My second book, Reading Drama in Tudor England was published by Routledge in 2018. In it, I examine the role of Tudor stationers in the emergence of drama as a literary category of text. Since publishing this book, I have begun a new study about attitudes towards waste and reuse in pre-modern Western cultures. In addition to this book project, I have chapters forthcoming in essay collections for Brepols, Boydell & Brewer, and Oxford University Press. I also write occasionally for the Times Literary Supplement.

QM’s location offers unique opportunities for teaching in and around various London sites, museums, libraries and galleries, and I like to promote learning strategies that take students out of and beyond the classroom. Most of the modules I teach involve trips and study sessions at a number of off-campus locations, and recent visits have included: the National Portrait Gallery; the Victoria and Albert Museum; Sutton House; the Museum of London; the Wellcome Library; the British Library; and Senate House Library.

My recent book, Reading Drama in Tudor England (Routledge, 2018) is about the invention of drama as a legible category of text before the establishment of commercial theatres in London in the 1570s. Research for this book has led to collaboration with other academics, including Emma Smith (Oxford) and Laura Estill (St Francis Xavier, Nova Scotia) and taken me to libraries and rare book collections across the UK and US. It shows that reading drama as a leisure-time pursuit considerably predates both the rise of professional playing and the publication of self-consciously literary playtexts like Jonson’s Works (1616).

My new research grows out of my thinking about the way that playbooks became obsolete, were dismembered, and occasionally reused within the bindings of other books. Beginning with a consideration of writing by John Bale and John Leland about the post-Dissolution fate of Monastic libraries, it assesses the relationship between bibliographic and literary ideas about waste and reuse.

‘Gismond of Salerne in Script and Print’. In Early British Drama in Manuscript.

‘The Form and Function of Character Lists in Plays Printed before the Closing of the Theatres’. With Emma Smith. Review of English Studies, 65 (2014): 647-72

‘Playbooks and Printed Drama: A Reassessment of the Manuscript of the Croxton Play of the Sacrament’. Review of English Studies, 60 (2009): 294-205

Other Articles, Including Articles in Companions and Other Reference Works

I am an occasional contributor to the TLS. You can see my most recent theatre review here. I am planning a series of podcasts on material culture and history of the book work currently going on at QMUL.