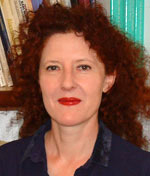 Professor of English and Modern Culture

I was born in Australia but did my first degree at Oxford and my PhD at London University. My thesis was a critical edition of Elizabeth Barrett Browning’s verse novel Aurora Leigh which had been a ‘forgotten’ text re-discovered by important feminist critics like Cora Kaplan. My Ohio University Press edition of this work won the British Academy’s Rose Mary Crawshay Prize in 1993.  I have taught at the University of Leeds, at King’s College, London, at Birmingham University and I was a Visiting Fellow at Clare Hall, Cambridge where I am a Life Member.  With Angela Leighton (Trinity College, Cambridge) I edited an anthology Victorian Women Poets (1999).  My other work includes The Sappho Companion  (2000), The Sappho History  (2003) and the Penguin edition of George Eliot’s Adam Bede (2008).  I write for The Guardian and The Times.  I worked for a year as a writer for BBC Radio 3 and 4 and I was the presenter of BBC Radio 4’s Adventures in Poetry. I specialise in C19th-C21st literature and culture and have appeared at many literary festivals across the UK and in Australia. Until 2022 I was a Trustee of London’s Foundling Museum. In 2021 I published a memoir about adopting my daughter The Wild Track.