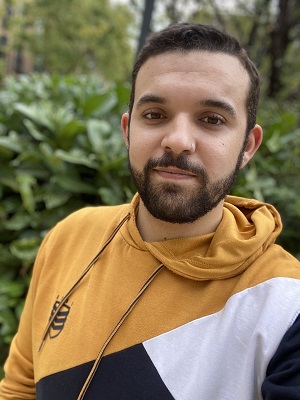 Project title: The role and dynamics of histone modifications in spiral cleavage

Summary: Histones are DNA-associated proteins that largely determine chromatin state, nucleosome architecture and accessibility of the transcriptional machinery to DNA. Their interaction with DNA is heavily affected by several post-translational modifications (PTM), such as methylation, acetylation, and phosphorylation, amongst others. These modifications act as binding sites for regulatory proteins and define actively transcribed genes, repressed regions, and functional regulatory elements, therefore acting as major regulators of gene expression in eukaryotes. Despite their known relevance during animal development, the principles that we have elucidated so far mainly come from model organisms, hence their general role in controlling fundamental processes of animals (absent in animal models) is limited. In my PhD project we will study the role and dynamics of histone modifications in three segmented worms our lab has established as experimental models of early animal development – Owenia fusiformis, Capitella teleta and Dinophilus gyrocilliatus–; three non-model species that display spiral cleavage during embryogenesis, members of one of the most genetically and ecologically diverse group of invertebrates. We will perform epigenome-wide profiling of histone PTMs across different embryonic timepoints, and the larval and adult stages. This will allow us to investigate the conservation, spatiotemporal acquisition, dynamics, and the functional impact of the repertoire of histone modifications in annelid embryogenesis. Finally, we also aim to identify and characterise key elements of the vast histone and chromatin modifying machinery of Annelida. Together with existing data on DNA methylation and accessibility data in our group, my thesis will ultimately bring us closer to our main objective: understanding interspecies variability and the principles of metazoan development.