This group of biologically-minded psychologists has grown out of a historical capacity in behavioural neuroscience, exemplified by work in sensory ecology and animal cognition and behavioural genetics. The group has expanded on early cognition and lateralisation, as well as spatial navigation and cognition. By complementing different methods – from ethological observations to genetics, virtual reality, electrophysiology and automated behavioural tracking – our comparative approach provides a comprehensive understanding of brain and behaviour. From sensory experience and perception to spatial navigation, tool use, addiction and social interactions, we investigate how different cognitive skills and nervous systems contribute to determine our experience, healthy and pathological behaviour. We focus on bees and flies, fish, primates, rodents, and birds.

Because of their miniature brains, bees are model for the question of how much intelligent behaviour can be mediated with how little neural circuitry. We explore the mental lives of bees, including their emotions, navigation, social learning, counting, tool use and concept formation – and their neural underpinnings.

(Dr Chen, Prof Chittka) How do animals find their way in the world? How do they use sensory information available to guide their navigation? How is the information processed and represented in the brain? We address these questions at the behavioural and circuit levels using bees (Prof Chittka) and mice (Dr Chen).

Our group is contributing to make “bird brain” synonymous of ingenious minds and efficient behaviour. Dr Emery’s research has focused on large-brain birds in two groups; corvids and parrots. He proposed that these groups could be considered ‘feathered apes’ through convergent evolution of intelligence with apes. To date, the similarities between these vastly different families are striking in terms of their life histories, social relationships, social cognition, physical reasoning, complex memory, cooperation and conceptual understanding. Dr Emery published a highly-illustrated popular science book on avian cognition in 2016 called “Bird Brain: An exploration of avian intelligence” (published by Ivy Press; Princeton University Press) which has been translated into 7 languages.

Dr Versace focuses on domestic chicks as models to study predispositions and fast learning. These precocial animals hatch with a mature motor and sensory system, and are a convenient system to investigate early cognitive abilities, social behaviour and left-right asymmetries (lateralisation).

Dr Emery has proposed that one reason many large-brained animals such as birds play, is because it’s fun and a benefit to their wellbeing. His current research aims to investigate parallels between human play (especially in adults) and other animals, focusing on whether the fundamentals of game play (i.e. turn-taking, simulation, choice, rules) have any antecedents in animal play.

Our work with chicks and tortoises has revealed advanced skills in hatchlings that had no previous experience. Chicks are able to react in appropriate ways to This work has implications to understand cognitive development in animal models and humans.

We are interested in the molecular mechanisms controlling behaviour. We are particularly interested in endophenotypes associated with psychological disease including drug addiction and dementia. We use zebrafish as our model system combining forward genetics, behavioural analysis, imaging and cell biology techniques in wild type, mutant and transgenic lines to investigate the neural correlates of reward and cognitive behaviours. 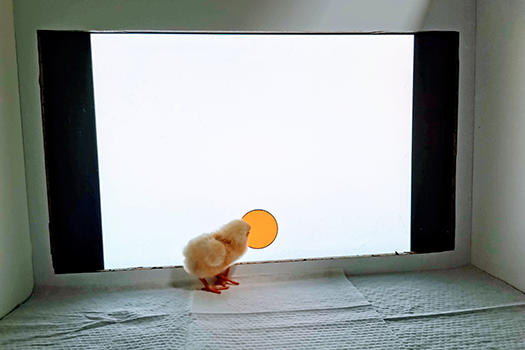 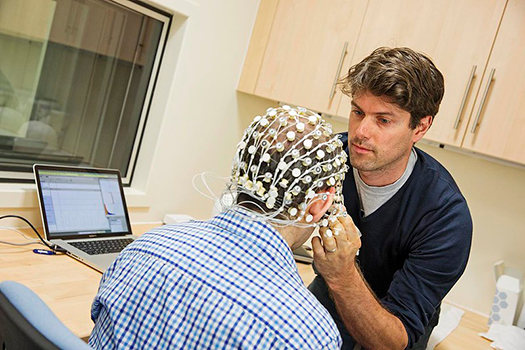