Professor of Mathematics and Astronomy

School of Physics and Astronomy 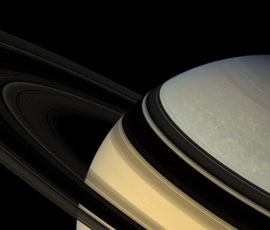 Professor Carl Murray is a Professor of Mathematics and Astronomy at QMUL. He is a planetary scientist interested in the motion of all objects in the solar system, from dust to planets, and has co-authored the standard textbook on the subject, “Solar System Dynamics”. In 1990 he was selected as a member of the camera team for the NASA/ESA Cassini-Huygens mission to Saturn and worked on the project until the demise of the spacecraft in September 2017. Carl is particularly interested in the dynamics of Saturn’s rings and their gravitational interaction with small moons.

The science: Schoolchildren on Saturn

Cassini was a satellite mission to explore Saturn that ended in September 2017 with a spectacular plunge into the planet itself, which received global attention. Prof. Murray played a leading role in UK involvement in this project, and used his research results to design novel outreach projects for schoolchildren, one of which was adopted by the European Space Agency and rolled out to all of its 19 member states. He has enthused the public through numerous television, radio and print media appearances, including the recent discovery of a new object (“Peggy”) orbiting Saturn.

Planetary science has a long-established ability to inspire and enthuse schoolchildren, and directing them towards STEM careers. If a child is asked to draw a planet, they will inevitably draw Saturn with its ring system. Cassini images designed by Murray have set a new benchmark in how Saturn is viewed and portrayed, and have been picked up by news outlets specifically targeted at youth audiences.

Prof. Murray’s results also provide an excellent foundation for outreach projects. One such endeavour is the Cassini Scientist for a Day competition, which involves schoolchildren writing a “science case” arguing for a particular choice out of three images to be taken by Cassini’s cameras. Prof. Murray was first to introduce this competition in Europe (based on an existing US template). His implementation was subsequently taken up by the European Space Agency, on an annual basis. Although this competition has been running in Europe for some years, it has been updated to use Murray’s research.