What does it mean to be English? 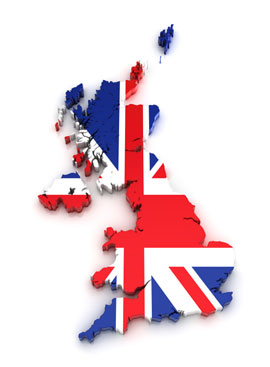 Do you consider yourself to be primarily English or British? This may well be a question that a number of English people hesitate before answering – in a way that their Welsh, Scottish or Northern Irish counterparts may not.

Professor Michael Kenny, from the School of Politics and International Relations, is conducting a major research project examining a wide body of evidence relating to the national identities of the English. This focus forms the basis of a Major Research Fellowship awarded by the Leverhulme Trust (2012 – 2014).

What difference does being English make?

For a long time ‘Englishness’ was almost synonymous with ‘Britishness’, but, Michael suggests, for a number of different reasons, this is no longer straightforwardly true. One important factor has been the devolution of power to governments in Scotland and Wales (1990), and Northern Ireland (1998). Other dynamics include globalisation, the growth of Euro-scepticism and the waning power of some of the leading ideas about what it means to be British.

Questions of identity and nationhood have informed Michael’s research for some time. He has previously examined the challenges posed by various forms of identity politics for liberal political thought. (See The Politics of Identity, Michael Kenny)

Michael’s current research considers why it is that many historians, constitutional thinkers and political theorists have been so sceptical about ‘Englishness’. In response, he argues for much great attention to the various, conflicting ways in which English national identity has been framed and deployed by political actors and ideologies alike.

“The emergence of a distinctive, and contested, focus upon Englishness raises a number of pressing policy questions, such as whether the English people are best served by being governed in such a centralised fashion, and whether there is now an overwhelming case for more devolution within England,” says Michael. “The political system is going to have to deal with growing demands for new forms of representation for the English, as for instance in the Conservative proposal to introduce ‘English votes for English laws’ in the House of Commons, or recent arguments for some form of territorial representation in the House of Lords.”

Given that the UK constitution has changed relatively little since 1707 – with the exception of devolution – the growing number of claims relating to alleged English grievances and disadvantage, may well, in combination with the referendum issue in Scotland, create the conditions for greater instability in the constitution of the United Kingdom.

Once flown only by those on the far right, the Cross of St George has, since 1996, been embraced by many fans of the English team. And, beyond sport, it has become a familiar symbol within everyday life. In many different places, ‘St George’s Day’ is now the cause of celebration, with many local councils actively promoting events to celebrate it.

Recent polling suggests that pride in English culture and identity has increased among people from all social classes and regional backgrounds. And, there is growing evidence that citizens from ethnic minority backgrounds, who have traditionally preferred to identify with the more inclusive idea of Britain, are increasingly likely to see themselves as primarily English.

This data also reveals that a majority of the English are dissatisfied with the current arrangements for governing England. The annual British Attitudes Survey (See: http://esds.ac.uk/Government/bsa/) confirms this emerging trend. Since 2007, more people have been identifying themselves as English rather than British. Yet, as Michael points out, these two identities are not seen by most people as mutually exclusive.

In a recent article for the Guardian newspaper, he argued that “the strengthening of Anglo identities [does] not necessarily mean that people cease to care about Britain. The evidence suggests that … the opposite is true: valuing your Englishness has for many people added to the stock of multiple identities that we enjoy holding.” (See: Englishness the Forbidden Identity in the Guardian)

Our assumptions about English nationhood

In his forthcoming monograph, The Politics of English Nationhood, which will be published by the Oxford University Press in 2013, Michael will be considering the historical, as well as contemporary, dimensions of these issues.

What does the current resurgence of English identity tell us about the national identities contained within the British state? And what can we learn about the prospects for a modern, civic form of English national identity from our leading traditions of political and constitutional thought?

For this study he is also drawing upon, and indeed contributing to, a diverse set of qualitative and quantitative sources of evidence.

Since 2007 he has been conducting semi-structured interviews with numerous politicians, civil servants and commentators. The Leverhulme Trust awards means he will be able to add to these with further interviews, and will also hold workshops exploring peoples’ attitudes towards their own national and social identities in a number of different English cities and towns.

In terms of the immediate future, his research suggests that the current constitutional crisis which is being provoked by the independence issue in Scotland is likely to have significant repercussions among sections of English public opinion.

As Michael says: “Politicians who wish to defend the Union now find themselves faced with the challenge of providing a new set of justifications for it, and these will have to make sense to the English, as well as the Scots, Welsh and Northern Irish”.

In addition to his own research, Michael welcomes applications from prospective doctoral students interesting in exploring the current and historical dimensions of ‘the English question’.