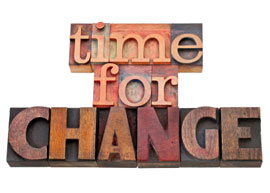 The ways that organisations do – and don’t – plan, prepare for and embrace change is something that Professor Maxine Robertson is fascinated by, particularly in the healthcare sector. Her research takes her from GP surgeries to the Department of Health, and has far-reaching implications for policy change.

Managing Clinical Research in the UK

Exciting scientific discoveries with the potential to become life saving drug treatments can suffer from a considerable time lag in clinical trials and development. This ‘translational gap’ from bench to bedside is the subject of a large-scale piece of research carried out by Maxine Robertson.

A two-year EPSRC funded project, ‘Managing Clinical Research in the UK’, was designed to take a fresh look at how clinical trials are managed and get a better idea of where the pitfalls lie. Maxine Robertson explains: “We wanted to find out what stops clinical trials completing on time and to budget. Many trials fail to produce any useful results at all – either researcher staff leave, or the data isn’t collected effectively. Not only is this a costly problem, but it’s also to the detriment of patients.”

In preparation for the main body of research, Maxine Robertson and her team carried out an extensive review of previous work in this area, as well as around 60 interviews with key stakeholders. Stakeholders included representatives from ethics and regulatory  bodies as well as clinical researchers in universities and pharmaceutical companies. An expert advisory board was also formed to validate the study’s research findings.

The importance of asking the right questions

With the important groundwork laid, the next step was to design a survey that would gather the right kinds of information. Maxine Robertson explains, “We put together a very detailed questionnaire structured around different pathways. These reflected the many different roles involved in clinical trials.”

“The questions were phrased so as to elicit factual information rather than attitudes. For example, ‘ How long did it take to complete all the paperwork in preparation for ethics review?’ and ‘Were you able to retain the same team throughout the duration of the trial?’ rather than ‘how did you feel about the length of time it took to complete R&D approval?’”

Although the survey questionnaire was lengthy, the response rate was excellent. “We gained detailed information about more than 300 clinical trials,” says Maxine Robertson.

As a result the research team were able to put together a number of detailed policy recommendations designed to speed up and improve the clinical trials process.

How can we enable the diffusion of best practice?

In the primary care sector, Maxine Robertson says, “It’s a very interesting sector and quite unlike any other. Good practices are often very  localized and often, the  professionals working within it have a lot of autonomy. One of the outcomes of this is that lots of good ideas and innovative practices evolve at a local level but don’t diffuse.”

“There are many hundreds of examples. Take the removal of cataracts. The operation itself is a fairly simple process, but the process of getting a patient from diagnosis to treatment is often unnecessarily lengthy. Usually it involves the following steps: the optician picks up a problem and alerts the patient who makes an appointment with their GP. The GP then refers them to a consultant. The consultant then sees the patient to conduct some simple physical checks and confirm the optician’s original diagnosis. It can take several months before the operation is carried out.

“One particular healthcare trust decided to try a new way of working and gathered together all the professionals involved, including the high street opticians. Together they decided to put in place a process that made it possible for opticians to refer patients directly to consultants, cutting out several steps. This involved some reworking of administrative processes, but actually worked very well.

“It was a huge success. A process that took several months before, was now taking several weeks.”

Despite the success of this project, and the fact that it has been celebrated at a number of events including the NICE (National Institute for Health and Clinical Excellence) showcase for best practice, the improved process for treating cataracts was not taken up across the UK. Understanding why this was the case, and knowing what the barriers is essential to improving future healthcare.

Maxine Robertson teaches on the MSc Management and Organisational Innovation