Computer scientists improve decision-making in the treatment of trauma 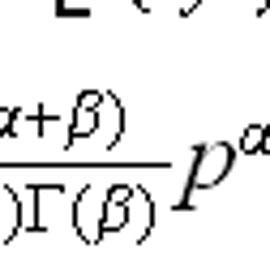 Emergency medical care calls for quick thinking and urgent action; every second counts. The critical decisions made in the first few hours of treatment will have major repercussions for the patient.

One of the most difficult decisions for a clinician to make, in both military and civilian settings, is whether to amputate an injured limb or attempt to salvage it.

Surgeons usually try and do everything they can to save limbs – but this may not always be in the best interests of the patient. Taking the decision not to amputate a damaged limb may lead to serious risk of infection and long-term complications. Some patients undergo many years of painful surgery that never fully restores the function of their limb.

Decisions around amputation must also be balanced against huge improvements in prosthetic technology and rehabilitative medicine. Modern prostheses combined with sophisticated rehabilitation techniques can offer patients a better quality of life than a partially-functioning limb.

A multi-disciplinary team of researchers drawn from the Schools of Medicine and Dentistry and Electronic Engineering and Computer Science are working on a model designed to support the critical decisions made by trauma surgeons.

The team have taken sophisticated Bayesian network modelling plus a huge amount of surgical knowledge and expertise, and combined this with data from the treatment of injured limbs at The London hospital over more than 10 years.

Bayesian network modelling builds up an accurate picture of the probabilities of different courses of action. The resulting ‘validated predictive model’ shows the intricate network of causal relationships between observable signs (such as where and how the limb has been hurt) and probable treatment outcomes.

This predictive model is designed to help surgeons determine the best choice of treatment for each patient, and as such will be an invaluable resource. Initially it will be used to generate improved trauma-care guidelines, but could also lead to other applications – such as an online decision-making tool.

Bayesian networks have been applied to medical problems since their introduction two decades ago; however, the real impact on clinical practice has been very limited.

This ImpactQM project sets out to use computerised models to assist clinicians’ reasoning rather than replace or automate that reasoning. It also allows for the integration of expert knowledge with clinical data. There are existing ‘scoring systems’ for amputation that make use of Bayesian networks, but these ignore expert knowledge.

The first phase of the ImpactQM project focused on determining whether a patient was likely to suffer coagulopathy, a condition in which the blood’s ability to clot is impaired and which often leads to death. Lengthy surgery to save a damaged limb is extremely risky for patients suffering coagulopathy. However, to test for the disorder can take up to an hour – too long in an emergency situation. Using the predictive decision-making model surgeons will be able to estimate the likelihood of coagulopathy – based on observable signs – without having to wait for the results of the test.

ImpactQM and Barts and The London Charity and the Defence Medical Services have supported this cross-disciplinary venture. The QM team have also depended on support from colleagues at Agena Ltd – suppliers of the Bayesian network modelling software that underpins the decision-making model.

This project will not only lead to better informed trauma surgeons, but also opens up a whole new avenue for fruitful collaboration between computer scientists and medical professionals