Reducing accidental injury in the UK 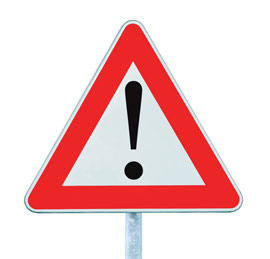 ‘Accidents happen’ – but do they have to? Professor Allyson Pollock explains that "most ‘accidents’ are both preventable and avoidable – so what we need to do is lessen their frequency. Particularly when they are happening to those who are vulnerable and less able to protect themselves: children. We have a duty of care to children – whether they are at home, in the classroom, or on the playing fields. This starts with monitoring the causes and risks of injury".

Allyson Pollock’s work in this area has focused on the lack of comprehensive UK national data on injuries. The information is poorly collected, and currently fragmented across lots of different services and departments. It is impossible to get a complete picture of all ‘injuries by cause’ as hospitals and GPs do not yet collect data in sufficient detail, and neither does the health and safety executive.

This fragmentation makes it very hard to gain a clear idea of the kinds of measures that could help – or make a case for introducing new UK policies for prevention – unlike some other countries. “For example, if Scotland matched Sweden in death rates for children and adolescents from unintentional injury then 62 lives a year – more than 40% of total lives lost – would be saved.” (Preventing injury in childhood, British Medical Journal)

A great number of injuries in children are incurred while playing sports. In a

on child and adolescent injury surveillance in Scotland and sport, Allyson Pollock states: “An estimated one in five non‐fatal unintentional injuries in children result from sport or recreational activity and almost a third occur in a place used for sport, play or recreation.”

“It is anticipated that the 2012 London Olympics and Paralympics and the 2014 Glasgow Commonwealth games will increase levels of sporting activity among children throughout the UK and in turn reverse the decline in physical activity and fitness and high levels of childhood obesity.

“But the health benefits of increased sporting activity have to be accompanied by measures which minimise risk of injury. More than half the benefits of physical exercise may be lost through injuries which can result in the abandonment of sport activity altogether.”

Allyson Pollock has been involved in assessing the risks involved in playing rugby, see Academic issues warning on schoolboy rugby.

Injury is linked to poverty

In the UK, there is a strong association between injury and socioeconomic status. Writing in the British Medical Journal Allyson Pollock states: “Injury in childhood is strongly associated with poverty, and death rates from unintentional injury in the UK are around three times higher in children from the poorest families than in those from the least poor families.”

There is no single piece of evidence that explains why the strong connections between injury and poverty exist. Yet the circumstances of some injuries give some pointers.

For example, road traffic injury is suffered by a great number of children and young people – the majority of them from poorer backgrounds. This may be because children from these backgrounds are more likely to spend more time exposed to roads: walking to and from school, or even playing in the street in the absence of a garden or easy access to a park.

What kinds of things can be done to prevent injury?

Good data on injuries underpin prevention strategies and awareness campaigns – for example, encouraging people to install gas and smoke detectors to prevent being harmed by gas leaks or fires. Other health promotion initiatives include child resistant packaging for pharmaceuticals and toxic cleaning products.

With enough evidence, changes in policy may be more appropriate – such as introducing low speed limits in areas near schools and car seats and seat belts for children and adults. Allyson Pollock comments on the current Government proposals to increase the speed limit on motorways from 70 to 80 miles an hour: “Raising the speed limit will almost certainly cost lives, and for this reason should not be implemented.”

And if saving lives were not motivation enough to improve injury prevention strategies among children and young people – there is also a cost incentive. Overall, the psychological, physical and financial costs of disability are considerable. Injuries result in time off work and time off school. “Injury prevention strategies have proven to be extremely cost-effective; the costs of prevention are much lower than the costs of the consequences of the injuries.” (WHO 2008a)