How to measure the effects of physical activity on mental health? 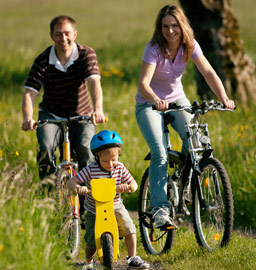 Most people are familiar with the idea that taking exercise is key to a healthy life. It goes alongside a good diet with plenty of vegetables and a good night’s sleep. We’re also familiar with how sport can help prevent physical conditions such as obesity, diabetes and heart disease. But perhaps less familiar, or certainly less well researched, is the link between physical activity and mental health: in particular, how exercise may help to prevent mental illness.

In this context, environment encompasses everything from culture, religion, diet, rituals, symbols, art and socioeconomic status to the amount of exercise taken. Taking environment into consideration may lead to a more holistic and culturally sensitive approach to prevention and treatment. For example, Professor Bhui led on an initiative to improve routes into mental health care for black and minority ethnic groups: EPIC. This initiative focused on the cultural barriers to accessing appropriate care within four NHS trusts; he is also Public Health Lead for the Royal College of Psychiatrists and provided an evidence summary of the clinical and economic benefits of prevention, see the positioning statement.

Looking at exercise and depression among adolescents in east London

Although there is growing evidence that physical activity may help to ease depression, little research has been done with adolescents – or with the preventive nature of physical activity. Professor Bhui was involved in co-ordinating a large longitudinal study, ‘Research with East London Adolescents: Community Health Survey (RELACHS), led by Professor Stephen Stansfeld. This study questioned a total of 2,789 11-12 year olds, and followed up 2,093 of them two years later.

Participants were asked about their emotions and behaviour, as well as the amount of physical exercise they took outside of school hours. The team carried out a thorough analysis of the data and presented their findings in a paper published in BMC Medicine: Physical activity and depressive symptoms in adolescents: a prospective study.

Among the principal findings was the fact that: “an increase in activity of about one hour a week was associated with an 8 per cent decrease in the odds of depressive symptoms in both boys and girls.”

Bhui's other studies, of Chronic Fatigue and of Anxiety and Depression, also suggest benefits. More research needs to be done to explain and understand the mechanisms linking physical activity and depressive symptoms. However, the conclusions drawn from the RELACHS survey provide a good starting point for further work.

Mental health is on the Government’s agenda

The need for further research is pressing: “In the UK, one in four people will experience mental illness in their lifetime.” (No Health Without Public Mental Health, Royal College of Psychiatrists Positioning Statement)

“Mental health and well being has become an increasingly important area for Government initiatives,” agrees Professor Bhui, who was consulted in the drafting of the Royal College of Psychiatrists Positioning Statement.

This statement puts mental health at the heart of the public health agenda – correcting the past bias towards focusing only on physical health. The paper reflects the reality that mental and physical illness are interlinked, and should lead towards policies and recommendations aimed at improving people’s overall lifestyles – for example getting more exercise – which in turn will help to improve the nation’s health overall.