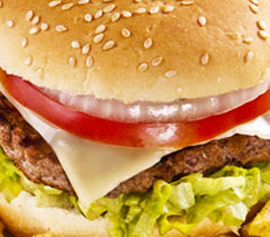 Obesity is an increasing problem in England – the latest figures state nearly a quarter of all adults and a fifth of children are obese. (Statistics on obesity, physical activity and diet: England, 2011, The NHS Information Centre). Those figures are set to rise unless we change our behaviours.

The health risks associated with obesity are well-known: it can lead to chronic conditions such as diabetes and heart disease that not only have a long-term impact on quality of life, but are costly to treat. This latter reason has placed obesity high on the government’s agenda for change.

Healthy Towns: living up to the name

In 2008, the UK government launched a £30m scheme to kick-start healthier living to combat obesity – Healthy Towns. The programme involves nine UK towns – including Tower Hamlets, the London borough in which Queen Mary is located – which have been awarded a ‘Healthy Town’ status. The other towns are Tewkesbury, Halifax, Thetford, Tower Hamlets, Manchester, Middlesbrough, Dudley, Sheffield and Portsmouth.

Each of the nine areas tested different approaches to making regular physical activity and healthy food choices easier for local communities, with the overall aim of preventing obesity in England. For example, in Tower Hamlets, a scheme was started to inform people about the healthiness of fast food.

Dr Elena Sautkina, a research fellow working on the Healthy Towns evaluation project says: “They focused on things like the size of the chips, explaining that the chunkier the better as they absorb less oil.”

Meanwhile, in Dudley, ‘Healthy Hubs and Active Travel Corridors’ have been built in five local parks. A Healthy Hub is an outdoor gym supervised by staff trained to help the public make the best use of the equipment. There are also fitness classes, and an indoor building for each Hub. Linking the Hubs are cycle routes and foot paths – Active Travel Corridors – making it easier for people to walk and cycle rather than drive or take the bus.

Find out more about Dudley’s initiative:

How successful was Healthy Towns?

Professor Steven Cummins was awarded a grant by the Department of Health’s Policy Research Programme to evaluate the Healthy Towns initiative, together with academics from the University of Cambridge, London School of Hygiene and Tropical Medicine, and the Universities of East Anglia and Newcastle.

Geographer and public health researcher Steven Cummins is something of an obesity expert who takes a different approach to that taken by researchers in the past. His research focuses on how the environments in which we live, work and play can promote or reduce weight gain.

The Healthy Towns evaluation will collect a huge amount of data through fieldwork comprising qualitative interviews with policymakers, clients, users and key stakeholders. The evaluation team selected specific topics to focus their research, and will look most closely at initiatives around food growing schemes; active travel and sport; and town planning and community-led projects.

Elena Sautkina explains, “We want to find out about how local areas interpreted the aims of Healthy Towns, and how they designed their programmes. And of course which of those ideas were successful and which ones less so. But in thinking about success, it’s not just what has changed now, but whether or not it will have a lasting impact. As ultimately environmental change needs to be supported by behavioural change, and vice versa.”