Does noise leave a lasting impression on children’s minds? 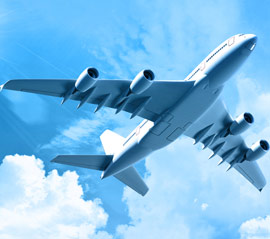 The constant drone of traffic is broken by the occasional sound of sirens or the roar of a plane overhead.

It’s a standard soundscape for a city. Mostly the noise is filtered out to the extent that it often becomes barely noticeable to the average city dweller. But what are the effects of this noise on developing minds? The RANCH study, initiated and co-ordinated by Professor Stephen Stansfeld, set out to investigate.

RANCH – Road Traffic and Aircraft Noise Exposure and Children’s Cognition and Health – was a large EU-funded cross-national, cross-sectional study in which 2,844 children took part. The study focused on the combined effects of aircraft and road traffic noise, and children were chosen from primary schools close to London Heathrow, Schiphol Amsterdam, and Barajas Madrid.

“Aircraft noise is a tricky area politically as business depends on airports,” says Dr Charlotte Clark, one of the RANCH projects co-managers based at Barts and The London School of Medicine and Dentistry.

“But RANCH has had a real impact on policy across Europe and influenced the EU environmental noise directive.” Charlotte Clark is currently co-director (together with Professor Stephen Stansfeld) of the European Network on Noise and Health (ENNAH) – a role that involves co-ordinating networking and research activities with the 33 ENNAH partners across Europe.

How was the impact of noise on children assessed?

RANCH research teams visited selected schools to administer tests and took measurements of the levels of sound both inside and outside the classroom. The tests were designed to measure reading comprehension, sustained attention and memory.

There were also two questionnaires – one for the children that asked questions about their health and how they rated aircraft noise in terms of annoyance – and one for their parents with questions about how they perceived their children’s mental health, as well as how annoyed they were by noise.

In analysing the data, various adjustments were made – for example socioeconomic factors such as the home ownership and employment status of the parents of the children taking part.

What the RANCH study showed

Across all three countries – Spain, the Netherlands and the UK – the more intense and less predictable sound of aircraft noise was shown to have a far greater impact on children’s reading comprehension and memory than road traffic noise:

Road traffic noise, perhaps because the sound of traffic remains at a fairly constant level, seems to have little impact on either reading comprehension or memory recall. In fact, the results showed that in some cases the steady hum of traffic actually increased memory scores in some of the tests – though more research would need to be done to understand why this might be.

No connections between noise and psychological health were established, but children did report high levels of annoyance with the disruption which may affect quality of life.

Charlotte Clark initiated a follow-up of the UK RANCH cohort – taking advantage of the opportunity to examine the long-term consequences of noise exposure for children’s learning. The follow-up was funded by the ESRC.

The follow-up study traced the original participants – now aged 15-16 – and invited them to be tested for reading comprehension and annoyance levels with aircraft and traffic noise. To be included in the study they had to have stayed in schools in the original area, close to London Heathrow.

The preliminary analyses of this follow-up study suggest similar links between aircraft noise exposure and reading comprehension ability at secondary school as the findings of the original RANCH study.

Both the RANCH study and its follow-up make a fairly persuasive case for not building schools – or houses – too near to airport flight paths: “It is recommended that new schools should not be planned close to existing airports, where noise exposure exceeds the WHO (2000) recommended levels for school playgrounds. It is advised that measures need to be taken to reduce noise in existing schools, where noise exposure is excessive.”