Addressing poverty across London: the case for paying a ‘living wage’ 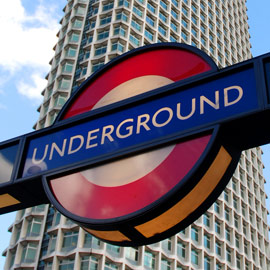 For many people across the capital the day begins before sunrise: perhaps with an early morning shift cleaning an office block. When that is done, it will be time to start job number two, providing care in a residential home for example, or working in a kitchen. Some even manage to fit in a third job, late at night before getting home, eating, sleeping and getting up to do it all again the following day.

Working more than one job is commonplace among those paid at the national minimum wage. Long hours are a must in order to survive and provide for dependents. Meagre paid holiday provision and no paid sickness leave add up to a poor quality of life.

There are knock-on effects for businesses too. Poorly paid employees often lead to high rates of absenteeism, sickness and high staff turnover. This means that the services provided are patchy and often not cost-effective for employers.

Professor Jane Wills is researching the business case for paying employees a Living Wage. This research, funded by Trust for London, is designed to look at the impact of the living wage on clients, contractors, workers, policy makers and the tax payer. The project is due to report in 2012 and may encourage greater take-up among employers across the capital.

The Living Wage from we are fallon on Vimeo.

The birth of the living wage

The current demand for a living wage has its roots in a campaign launched by London Citizens in 2001. The figure was based on research into the actual cost of living – rent, food, travel, taxes and clothes – in contrast to wages being set by the market, or the National Minimum Wage which is set at the level the market will bear before jobs are lost or prices will rise. See Jane Wills living wage research website.

The living wage is now set and reviewed every year by a Living Wage Unit based within the Greater London Authority and it is currently £8.30 an hour in London. It is up to employers to choose to pay it – or not. However, those that do pay the living wage are able to apply to the Living Wage Foundation to secure accreditation and the use of the official logo to publicise their support. In addition, the Foundation now has an out-of-London living wage figure of £7.20 an hour.

Jane Wills research involves gathering data from organisations that pay a living wage in some parts of their business, and matching those living wage workplaces with equivalent non-living wage workplaces. This will enable the exploration of any differences in costs, turnover and sickness. Additional calculations are being made about the impact of the wage rate on entitlement to benefits to see if the living wage can make significant savings in public expenditure.

Jane Wills says: “Improving pay is argued to reduce labour absence and turnover and boost employee performance. For employers it can lessen the costs of recruitment, training and induction. As yet however, there is very little UK-based evidence to support these claims.”

When employers are able to see the benefits that introducing a living wage can bring – to their businesses as well as their employees – they will be more likely to adopt it. The research is also highlighting the power of the moral arguments that can be made in defence of the living wage and the wider societal impact of increasing the wages for those doing the lowest paid jobs.

Queen Mary: the first living wage campus in the UK

The decision to do this followed a successful campaign led by London Citizens and its member groups that neighbour the college (the East London Mosque, the London Buddhist Centre, the UNISON branches at the Royal London and Mile End Hospitals and Tower Hamlets Council) as well as the School of Geography that joined the alliance in 2005.

Each year geography undergraduates undertake training in research methods by working with London Citizens on different projects and while this has included a focus on the living wage, students have also worked on the issues of community safety, affordable housing and London’s governance.

The results of moving to a living wage have been very good for Queen Mary. Jane Wills carried out a study among College staff assessing the levels of cleanliness, staff satisfaction, and whether or not they supported the move. As many as 71 per cent of the 292 people who completed the staff survey were in favour of moving the service in-house.
For more information, see The Business Case for the living wage: The story of the cleaning service at Queen Mary, University of London (pdf).

Beyond the living wage – creating effective networks for change

Jane Wills is also interested in studying the way that people organise themselves to bring about social change and she has looked at Trade Unions as well as social movements and community groups.

Campaigns to improve living and working standards – from paying a living wage to closing the gender pay gap – all have one thing in common: effective networks of organisation. Traditionally, Trade Unions provided a medium for organisation, but as the way we work changes, the way we organise ourselves needs to change too.

In particular, with greater numbers of employers sub-contracting services to third parties – such as catering, security, payroll, training, and IT support – it becomes harder for workers to engage meaningfully with the power-brokers who really determine the work that they do.

Community organising, as practised by groups such as Citizens UK offers an effective way to mobilise workers – even in a market place that is dominated by sub-contracting – alongside their allies in faith organisations, schools, universities and community groups.

As Jane Wills explains, “in many ways it’s about building relationships with people, finding out what they share in common, and how they can join forces to get what they need. The living wage has begun to reconfigure the labour market for low paid workers in London and London Citizens has ambitious plans to do the same for the housing market by using community land trusts to provide truly affordable housing.”