All animal research in the UK is governed by UK and EU law and is regulated and enforced by the Home Office*. The law only permits animal experiments when there are no non-animal alternatives available, and when the expected benefits from the research outweigh the adverse effects to the animals.

At QMUL, our policy is to ensure that all animal welfare complies with, and in some areas exceeds, the provisions set out by the law. This includes some research that is not covered by the legislation, for example, research that involves observing animals, such as the study of the social hierarchies and behaviours of naked mole rats.

There are three main levels of responsibility in UK licensing:

All new projects involving animals have to undergo ethical review by law and this is carried out by QMUL’s Animal Welfare and Ethical Review Board (AWERB), which is chaired by Professor Tim Warner.

In addition, there are also a number of “Named” people who have specific legal duties and responsibilities in relation to the welfare and care of animals. These include a Named Veterinary Surgeon, a Named Care and Welfare Officer, a Named Training and Competency Officer and the contact person responsible for Home Office liaison, who all report to the QMUL Establishment Licence Holder and the Home Office (see diagram below).

These named individuals are also members of the AWERB, and interact on a local basis with staff and researchers performing animal studies. The Home Office make regular unannounced visits to all places at QMUL where animal research is conducted, and our Named Veterinary Surgeon is on call 24/7, in addition to frequent advisory visits.

If any member of staff has any concerns relating to animal welfare there is a whistleblowing process where concerns can be reported to the Establishment Licence Holder, and this can be achieved with the whistleblower maintaining anonymity.

Research conducted on behalf of QMUL with international collaborators, or within other non-UK facilities, must meet the strict requirements of the QMUL AWERB. Due diligence visits are undertaken to overseas establishments where this is deemed necessary by the AWERB.

Animal welfare and ethical considerations are at the heart of our animal research
Professor Tim Warner, Chair of the Animal Welfare and Ethical Review Body explains its important work 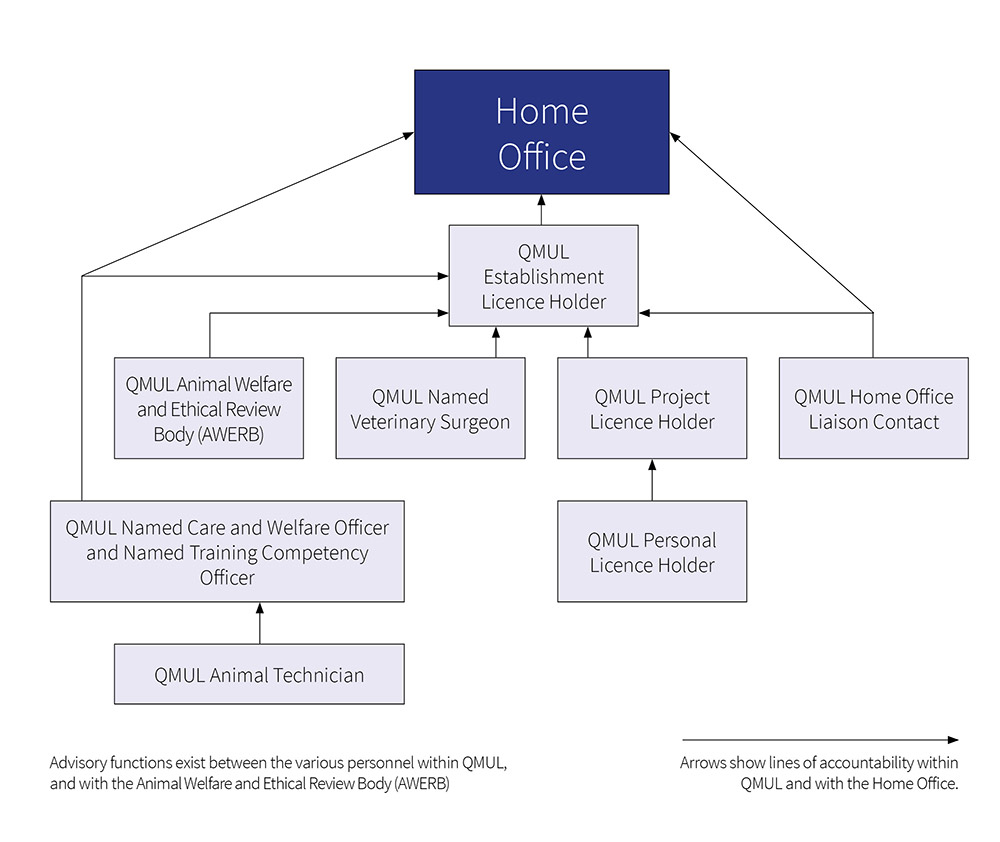