Running a creative film festival based around space science 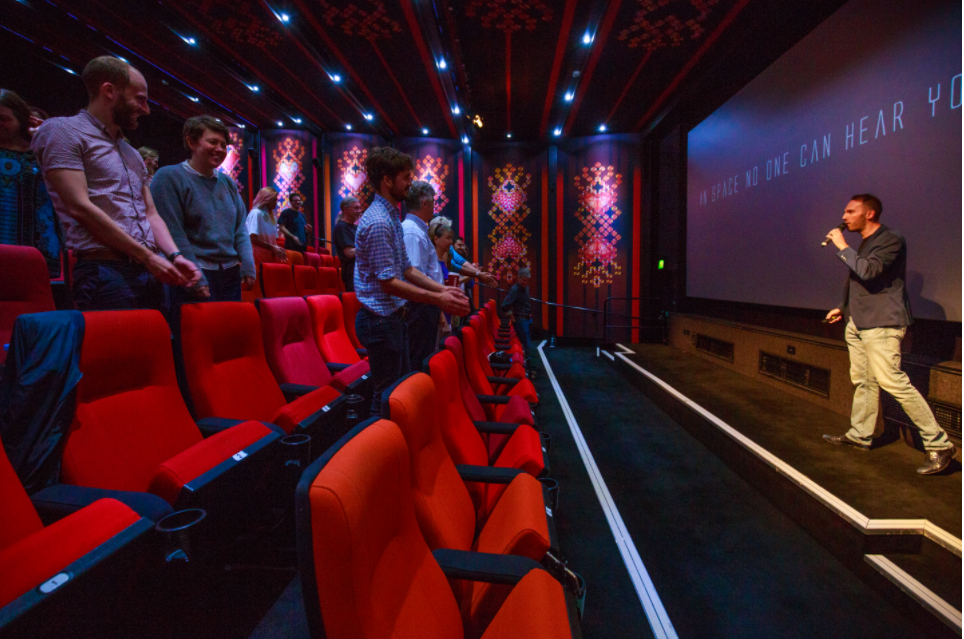 Art and science are often seen as complete opposites: art is subjective, while science aims to discover objective facts about nature. But more and more, we are realising that there are commonalities between the two and art-science collaborations have become more common. From the scientists’ perspective, such efforts can potentially reach audiences outside of the scientific echo chamber, however, it’s not always clear whether they always successfully do this in practice. Thanks to a Centre for Public Engagement Large Award in 2016 I had a chance to find out.

The grant scheme was ideally placed to explore a new area of engagement for me – co-creating art based in scientific data. This data was the usually inaudible analogues of sound in space, which I converted into something we could actually hear. Upon listening, the seeds of the resulting SSFX (Space Sound Effects) project was born.

They quite frankly sound weird and cacophonous, not the musical symphony I perhaps naively expected. This strangeness shifted my thoughts to sound in film, which led me to embark upon a journey to discover the processes and networks that already exist within the film festival world.

By partnering with networks and organisations in the film industry, we put out a public call challenging independent filmmakers to produce short films which incorporated these sounds in creative ways. The brief was deliberately left very open to elicit a wide range of responses, not simply films trying to communicate science. We were able to attract submissions from filmmakers around the world, with seven selected for screening at our festival.

Subsequent funding from STFC and EGU allowed us to build upon this beyond what would have been possible with the CPE Large Grant. We have been supporting these filmmakers submitting the works to established film festivals and exhibitors, infiltrating over 800 events across 8 countries. These events have attracted diverse audiences who typically don’t attend science events and were more unaware of the underlying science than the general population. We therefore have been able to expose these audiences to space science research in a way which appealed to them. Several unanticipated outcomes arose from their attendance, reflecting on how we hear things different, finding aspects of humanity in the works, and valuing the importance of curiosity. The films are now available online for free in the form of a feature length anthology.

As a physicist, I am not an expert in the film industry and how it works. I have learnt a huge amount about it though by running this project and it has exposed me to genres of film and perspectives I never would have encountered otherwise. This learning and evaluation has been distilled into a paper that was recently published in Geoscience Communication, making this project also my first public engagement peer-reviewed paper. The main takeaway for others though is that if we truly want to engage new audiences with our work, such as through art, then we need to be willing to give up some of the control, fully embrace and embed ourselves within that world, and be open to what might emerge. Keep those things in mind and you might bag yourself your own Large Grant.