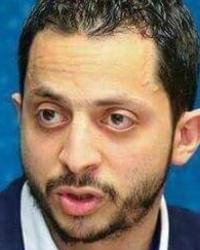 Hesham is interested in the politics of ignorance, unknowing, and epistemic distancing, particularly in relation to coloniality and postcolonial states in North Africa. His work was published in academic journals like Review of African Political Economy and Interface, and political e-zines like Jadaliyya, Opendemocracy, Ceasefire, and LSE Review of Books. He previously taught at SOAS, LSE, King's College, and the British University in Egypt. He currently convenes a cross-disciplinary/cross-institutional PhD seminar on contemporary politics of the Middle East (pomeseminarseries.com).

Hesham’s doctoral research expanded on the concept of innocence, as articulated in critical race studies, to explain the silence of Egyptian liberals on the Rabaa massacre. He is currently working on developing this research project into a monograph entitled The Violence of Innocence: Ignoring the Rabaa Massacre.

Hesham is an Associate Fellow of the Higher Education Academy since January 2019.

Hesham is an international political sociologist interested in questions of social epistemology in relation to political hierarchies. His research focuses on the politics of ignorance, silencing, unknowing, and epistemic distancing and their manifestations in racial, gender, and class relations. His empirical research focuses on postcolonial contexts in the Middle East, with special attention to contemporary Egypt.

From Deception to Inception: Social Media and the Changing Function of Fake News (Lessons from Egypt 2013).

Why is the Egyptian state so anxious about young women dancing on Tiktok? Jadaliyya (2020)

On the Anniversary of Egypt's Rabaa Massacre: How did we arrive here? Ceasefire (2020)

Whatever it is the Parliament does: On Egypt’s redundant, theatrical elections. Ceasefire (2020)

(2020). The Force of Nonviolence by Judith Butler. LSE Review of Books.

(2020). Martyrs and Tricksters: An Ethnography of the Egyptian Revolution by Walter Armbrust. LSE Review of Books.

Hesham is a regular contributor to Opendemocracy and LSE Review of Books. He is also a scriptwriter for “El-Da7ee7” [“The Nerd”], a Youtube program in Arabic that simplifies social science topics to unspecialised audiences through graphics, comedy, and storytelling; and an educator at Seeds of Peace, an organisation that fosters peace in the Middle East by organising cooperative intellectual activities that bring together youth from nations that are in political conflict.