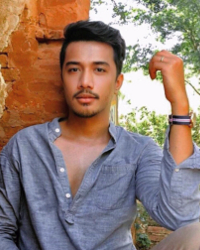 Hello! I am Michael Magcamit, currently a Marie Skłodowska-Curie Fellow in the School of Politics and International Relations at Queen Mary University of London. I am working on a project entitled, The Divine Tragedy of Securing the Sacred: Security, Religion and Nationalism in Southeast Asia. This research investigates the three-way linkages between security, religion, and nationalism, exploring how relations between dominant and minority religions influence the formation of national security policies in the predominantly Catholic Philippines, Islamic Indonesia, and Buddhist Myanmar. My current work is an extension and expansion of my overarching goal to provide a better and more nuanced understanding of (in)security, both from the perspectives and experiences of states and human societies across the world. In my earlier projects, I examined the contexts, motives, and outcomes that were driving the small powers in Southeast and East Asia to link their security interests and free trade policies, including Taiwan, Singapore, Malaysia, and the Philippines. Prior to joining QMUL, I was an assistant professor at Musashi University in Tokyo, Japan taught International Relations and East Asian Studies courses on a joint program between the London School of Economics and Musashi University (see my teaching experiences). Having previously lived and worked in the Philippines, New Zealand, Japan, and now, United Kingdom, see myself as a ‘wandering sensei’.

Musashi University Research Funding Research Grant of 5, 799 USD (2016-2018) for the project, The Trading ‘Oligarchipelagos’: National Oligarchs and the Fate of Free Trade in Southeast Asia

Rodrigo Duterte and the Making of a Populist Demigod, Institute of Asia and Pacific Studies, 17 March 2017{https://iapsdialogue.org/2017/03/17/rodrigo-duterte-and- the- making-of-a-populist-demigod-part-1/} [With Dr Aries Arugay}.

The Enduring Curse of Patronage Politics, University of the Philippines Forum, 30 April 2016 {http://www.up.edu.ph/the-enduring-curse-of-patronage-politics/}.