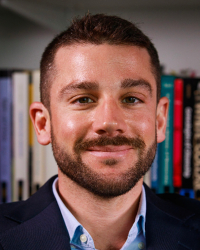 Dionysis Markakis is a lecturer at the School of Politics and International Relations (SPIR) at Queen Mary University of London. Prior to taking up this position, he was a Post-Doctoral Research Associate at Georgetown University's School of Foreign Service in Qatar.

Dionysis holds a PhD in International Relations from the London School of Economics and Political Science (LSE). His current book is US Democracy Promotion in the Middle East: The Pursuit of Hegemony (2015).

US Democracy Promotion in the Middle East: Pursuit of Hegemony (Routledge, 2015; paperback edition 2017)

‘The Politics of Healthcare in the Gulf’ - in Mamtani, R., Lowenfels, A. B., (eds.), Critical Issues in Healthcare and Policy in the Gulf Cooperation Council States, (Georgetown University Press, 2017)

‘India: A Rising Power in the Gulf?’ - in Coates-Ulrichsen, (ed.), The Changing Security Dynamics of the Persian (Hurst / Oxford University Press, 2017)