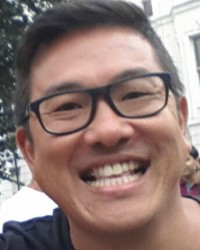 Lecturer in US Politics

Daniel Kato obtained his PhD in Politics from the New School for Social Research in 2009.  Since then, he has taught American Politics at Kalamazoo College in Kalamazoo, Michigan and Barnard College, Columbia University in New York, New York.  His, book, Liberalizing Lynching: Building a New Racialized State, was published by Oxford University Press and was awarded the 2016 Charles Taylor Book Award.