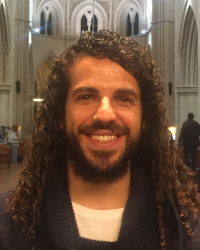 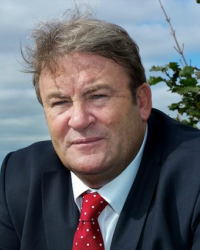 Research topic: The strong and slow boring of boards: the art of government and politics - an insider's perspective

I started my PhD in November 2014 and it is looking at two main themes – the role of ministers in government and decision-making processes within government. Its focus is on three areas of public policy – counter-terrorism legislation, immigration, and policing – and is a study from the inside as I was a minister in the Home Office during the development of specific issues in these policy areas – 42 days pre-charge detention, the points based system and the proposed mergers of police forces in England and Wales. In each area, I look at questions such as how was the policy formed? What were the choices available and reviewed? What was the ultimate policy formulation and implementation process? Was it implemented and, if so, how was it evaluated? Was it successful? How was feedback dealt with? How did the relevant academic theories and models inform each element of the decision-making process? And what was the role of ministers at each stage in the decision-making process.

Other research interests include: rhetoric and speech (I am active in the newly formed AHRC-funded ‘Crisis in Rhetoric’ network); UK politics; the politics of the Labour Party; the role of parliament; cross-disciplinary analysis – I am active in the ‘Blurring Genres Network – it looks at ‘recovering the humanities for political science and areas studies’; and the role of politics and politicians.

Tony McNulty ‘The Ghost in the Machine: an Anatomy of a Parliamentary Bill and the Hidden Dimensions of Scrutiny’ in ‘Narrative Policy Analysis – Cases in Decentred Policy’ R.A.W. Rhodes (ed.) Palgrave macmillan (Forthcoming 2018)

Tony McNulty ‘What if Ed Balls won the Labour Leadership in 2010?’ in ‘Prime Minister Corbyn and other things that never happened’ Duncan Brack and Iain Dale (eds.) Biteback Publishing 2016

Tony McNulty ‘What if the United Kingdom had not gone to war in Iraq in 2003?’ in ‘Prime Minister Boris and other things that never happened’ Duncan Brack and Iain Dale (eds.) Biteback Publishing 2011