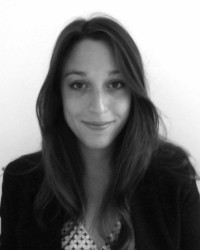 Patricia’s research presents a case for a qualitative approach to study the discursive characteristics of populism and brings forward an analytical framework that pinpoints the distinct characteristics of populist political communication. By doing so it can tackle the problem of confounding populist with other discourses – mainly nationalism and anti-immigration. Focusing on mainstream political parties in Western Europe, the research looks at if and how populist political communication has reiterated into the communication of such parties after the turn of the 21st century. An important element of this work focuses on the construction and articulation of the two main constituent elements of populism - the people and the elite.

Forthcoming: Rodi, P. (2018). Populist political communication going mainstream? The influence of populist parties on the discursive strategies of mainstream centre-left political parties in Western Europe. In The Next Phase of Globalisation: Democracy, Capitalism and Inequality in the industrialised world. Policy Network/IB Tauris Book