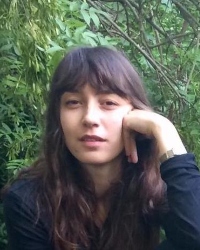 Research topic: The ‘primitive’ and the leftist imagination in postwar France: Encounters between anthropology and Marxism

My thesis examines the conceptual and political trajectory of the idea of ‘primitive societies’ as a point of convergence between two strands of critique that marked French political thought after 1945: the critique of Hegelian Marxism and the critique of European modernity. Inspired by the structural anthropology of Claude Lévi-Strauss, a generation of intellectuals found in ‘primitive societies’ an escape from the perceived impasses of Marxist thought as well as from Europe’s civilisational malaise. From Lévi-Strauss to Pierre Clastres, the ‘primitive’ world was seen as a source of radically new categories, models of political organisation, and understandings of world history. Yet a study of the political conjuncture reveals the way the sauvage a la mode (the ‘fashionable savage’) was mobilised in support of a broader anti-Marxism which would preoccupy many erstwhile leftist intellectuals. In examining this problematic, my project focuses on a trajectory of work at the intersection between anthropology, philosophy, and political theory, focusing primarily on Lévi-Strauss, Claude Meillasoux, Clastres, and Jean Baudrillard. For each of these thinkers, my principal aim is to interrogate the role played by the ‘primitive’ in the theoretical trajectory of historical materialism. I hope that reopening these debates might contribute new insights into the relationship between Marxism and the critique of Eurocentrism.

‘Introduction: Deportation as Colonial Technique’, in Simon Barber and Miri Davidson (eds), Through That Which Separates Us, Auckland, NZ: Te Reo Kē, 2020.