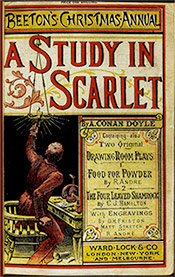 Sherlock and Watson famously met in "A Study in Scarlet" which was written by Arthur Conan Doyle in 1886 and published in 1887. The Barts Pathology Museum was built in 1879 and existed in its entirety when the Sherlock stories were taking form. You can see how the Museum would've looked on the Museum History page.

Although Conan-Doyle didn't move to London permanently until 1891, when he set up an opthalmic practice, he may have visited the city many times as part of his medical training. In fact, it is said that he wrote some of his short Sherlock stories in the office currently inhabited by the museum’s technical curator. A plaque commemorating this used to hang on the wall of the office.  It was presented to Barts by the New York based 'Baker Street Irregulars' in 1953 and is now in St Bartholomews Hospital Museum for the public to see.

The association between Sherlock Holmes and the Pathology Museum lives on, and in the new BBC 'Sherlock' series, Sherlock and Watson meet at Barts in "A Study in Pink" and the roof of Barts was used as a substitute for the Reichenbach Falls in the episode where Sherlock famously takes the plunge. This episode has made such an impact that the phone-box outside Henry VIII Gate is full of messages to Sherlock and prayers for his safety. 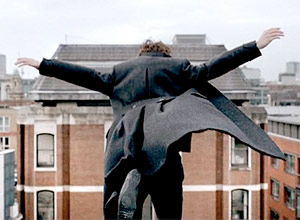 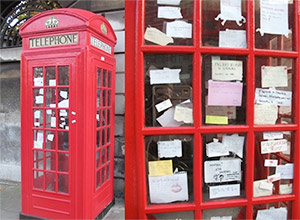