"That you be taken from hence…to a place of execution, where you shall be hanged by the neck until you be dead; your body to be dissected and anatomised." 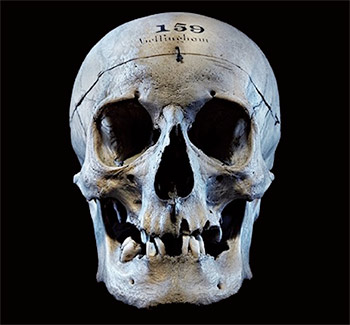 While we do not have much information about this skull, we do know the museum acquired it because the punishment for murder at that time was to be "hanged and anatomised".

Prior to the Anatomy Act of 1832, there were two ways in which Medical Schools such as the one here at St Bartholomew's Hospital,established around 1790 by John Abernethy, acquired cadavers for teaching: They were prisoners sentenced to death and then dissection, or they were purchased from Ressurection Men.

The trade of the Ressurection Men was unsavoury but it was necessary practice if young medics were to train to become doctors and surgeons.

In this case, the skull of Bellingham was acquired legitimately after he was dissected in entirety at The Royal College of Surgeons by Sir William Clift and he meticulously recorded his findings so that to this day we know what he and the audience observed during the procedure.

The scene would have looked a lot like this famous drawing of The Dissecting Room by Rowlandson. 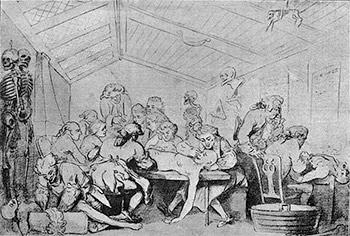 The Dissecting Room by Rowlandson - Courtesy of Project Gutenberg

According to other records, "something of interest" was found in his stomach and left testicle and these particular parts were kept in the Royal College of Surgeons Museum. After the dissection and other subsequent experiments, the body was placed into the care of Edward Stanley, one of the favoured pupils here at Barts.

Also at that time there was a fascination with animation of the dead and surgeons carried out experiments to "explore how long a heart could be made to move after death". In this case, the surgeons experienced one of their greatest triumphs as Bellingham's heart continued to move for a period of nearly four hours after death.

In fact it was the dissection of Bellingham at The Royal College in 1812 that led directly to their "Regulations Relating to the Bodies of Murderers" being written. This was a set of guidelines specifically meant to ensure that the dissection of criminals was not a public spectacle and was done purely for medical knowledge.

Let's not forget this skull began life as a man, not just a specimen: a man who believed that he was acting in a perfectly rational way after he was "mistreated" by the government in the years prior to the murder. 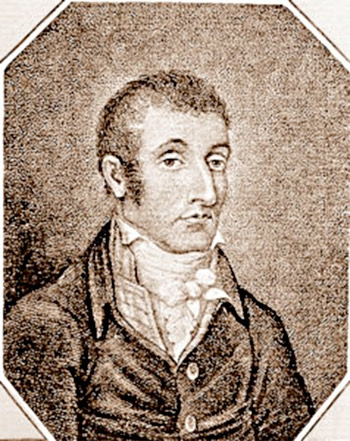 You can read more about the case on the Public Domain Review but they do leave out the RCS dissection in this article. There is also an interesting Daily Mail article on the topic. Although the anniversary passed by last year without too much fanfare, particularly in Parliament we did manage to commemorate the event with a wonderful lecture by Kirsty Chilton of The Old Operating Theatre. Check our events page for similar lectures and seminars in the autumn.