Olumide (Olu) Popoola is the Academic Skills Coordinator at Queen Mary. In his profile, he tells us about his plans for the role having started two weeks into lockdown, his hopes to build a student-facing learning development centre and his love of Regent's Canal as the owner of two canal boats.

This interview was first published in August 2020.
Published:
15 January 2021 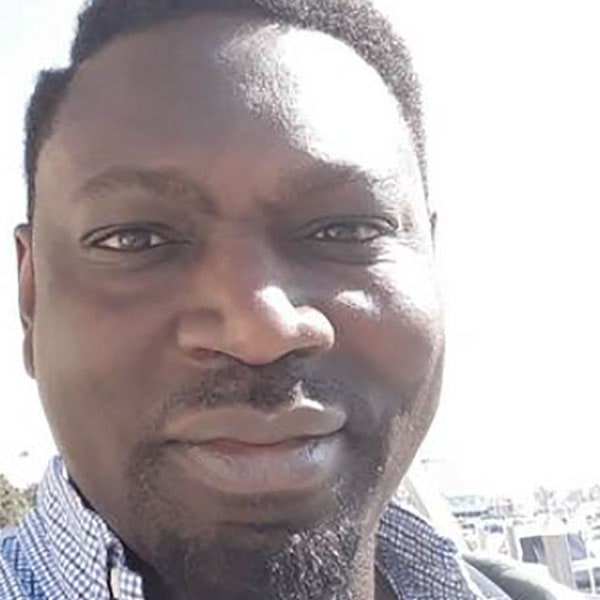 What does an Academic Skills Coordinator actually do?

It is a student-facing role within Library Services focused on enhancing and developing the academic literacies that students need to thrive at university. Students will learn academic skills around reading, writing, speaking and digital communication as well as transferable skills such as critical thinking, using feedback, metacognitive awareness and time management.

Until recently, that service has been largely limited to 1-2-1 tutorials for students who have been struggling with their studies. I want to expand on this to reach larger groups. I will be introducing academic skills workshops and making learning resources available for students entering Queen Mary and at different transition points in the student journey. I’m also developing initiatives for the different Queen Mary mentoring programmes in order to stimulate the student peer learning that already happens formally and informally at the University.

How long have you worked at Queen Mary?

I started at Queen Mary two weeks after the lockdown was announced. Prior to that I was a Teaching Fellow in Learning Development at Aston University in Birmingham. I’m from London originally, so I used to divide my time between London and Birmingham. My wife and I did try to move up to Birmingham permanently but it didn’t work for her business (she's a picture framer and all her clients are in London). I’d been keeping an eye out for posts at Queen Mary because the community diversity is really unique for a Russell Group university – and I’ve long had a soft spot for the University because we own a couple of canal boats and as a part-time boater the Queen Mary location on Regent’s Canal is priceless!

I’ve spent most of my days split between creating learning and study resources, planning for the 2020/21 induction, and developing an Academic Skills Enhancement workshop programme for current taught students that will be running throughout term. I’ve had a lot of virtual meetings with colleagues and I have been running virtual office hours for students.

Do you work closely with any particular colleagues or teams? How does that work?

I work closely with Jack Gain (Study Skills Assistant) who has been very supportive. Aside from Jack, I'll be working closely with the Faculty Liaison Librarians – Martin Beeson, Rich Evans, Paula Funnell, and James Soderman – and their respective teams. They work with staff, PhD researchers, undergraduate and postgraduate students on the development of information literacy skills: the skills to find, evaluate and re-use information effectively.

The work of academic literacy and information literacy dovetail very well in theory and we are figuring out how we can work together more dynamically going forward. I think critical thinking and ‘disinformation literacy’ are areas where we can work together productively. Up until now, learning development and academic skills enhancement at Queen Mary has largely been focused on writing. Critical thinking around disinformation – the ability to spot fake news and critically evaluate pseudoscience – is an increasingly important skill to have.

What’s the best thing about your job?

My job is transdisciplinary and creative. Education is complex, so I am constantly learning and teaching and learning again. My first career was in advertising and I find that higher education is just as dynamic and creative. For me, the best moments come when delivering a workshop in which students and staff have been deeply engaged in making meaning, practicing skills and developing their identity. When workshops go well I feel like Jack Black in School of Rock!

What do you see as your role in helping the University achieve its Strategy 2030?

I am hoping to build a student-facing learning development centre for Academic Skills Enhancement at Queen Mary. We would be called the ASE team! This kind of centre is more common in newer universities as part of the ‘widening participation’ agenda but they are rarer in research-intensive universities, especially in London.

What’s your favourite place on any of our campuses?

Canalside, of course. There are some great spots on Regent’s Canal all across London – King’s Cross, Regents’ and Victoria Park, Little Venice – but outside Mile End Park is my favourite. Aside from the canal, I’ve always loved the area around our West Smithfield campus. My mother worked for most of the 1980s as St Bartholomew’s Hospital’s Convalescence Secretary (as the role was called then). Since I was a kid I’ve loved the architecture and ambience of the area, particularly around St Bartholomew The Great.

If you could tell a prospective student one thing about Queen Mary, what would it be?

I’ve seen in forums such as thestudentroom.co.uk that Queen Mary sometimes gets negative comments regarding its location. So I’d tell a prospective student that the Queen Mary campus is actually located in the most creative, dynamic and welcoming part of London!

If you hadn’t been Academic Skills Coordinator, what job would you have liked to do?

When I was a kid, I wanted to be a cricket scorer. Then I wanted to be Chancellor of the Exchequer, and then I wanted to be a film-maker. I dabbled in two of them. I’ve studied Law and Forensic Linguistics and have seriously thought about being a detective. But ultimately, I’d like to be someone like the Tom Waits character Benny in Francis Ford Coppola’s film Rumblefish who runs a café for the local youth and offers poetic guidance.

What is your favourite item in the library collection (if you have one)?

I haven’t been to the Queen Mary library yet but if I were to take one book with me on a trip to the moon it would be a toss-up between The Conference of the Birds and Song of Myself.

Do you have any unusual hobbies, pastimes outside of work?

I like sound art. I used to run a sound art online radio station. It’s amazing the sounds you can hear all around you. Sometimes I walk and then I stop by one of the many industrial units dotted around east London and meditate to the sound of the air-conditioning or generators. My wife is used to it, but if I’m on my own I must look a bit mad!

Who would you invite to your dream dinner party?