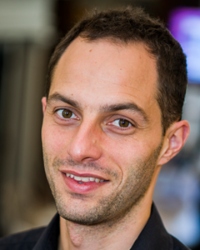 Jon Worth is a member of the Europe Policy Group of World Economic Forum and the Advisory Group of Transparency International’s EU office. He was in the 2012 cohort of Europanova’s 40 Under 40 European Young Leaders programme (2012), and is the former President of the Young European Federalists (JEF-Europe, 2003-2005). Euractiv listed him as among the 40 most influential Britons on EU policy. He has previously worked as a civil servant in London and as an assistant in the European Parliament in Brussels.