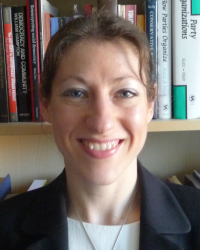 Rainbow works on political representation, with particular expertise on gender politics and French politics.  She studies the causes and consequences of women’s underrepresentation and men’s overrepresentation, with a particular focus on political institutions (legislatures, elections, political parties, executives).  She provides expert analysis of French politics within and beyond academia, including regular contributions to the Economist Intelligence Unit, Al Jazeera, Bloomberg etc.  Her current research projects include a study of gendered representation in parliament following the use of gender quotas; the substantive representation of men; the role of campaign finance in explaining gender gaps in politics; and a new project analysing political renewal in the French parliament following the election of many political outsiders in 2017.

See www.rainbowmurray.co.uk for a full list of my publications, including links to abstracts