Everything you need to know to settle in

Are you excited to live in London?!

Queen Mary has campuses throughout the bustling city, our largest is in Mile End; located alongside Regent's Canal, our main campus is equiped with a 24-hour library, bars, restaurants and a night club. What more could you neeWe also have campuses in Whitechapel, Charterhouse Square and West Smithfield (Medicine and Dentistry). Postgraduate Law students have a campus in Lincoln's Inn Fields; all of our campuses are close to Central London with lots of galleries, museums, threatres and parks to check out. 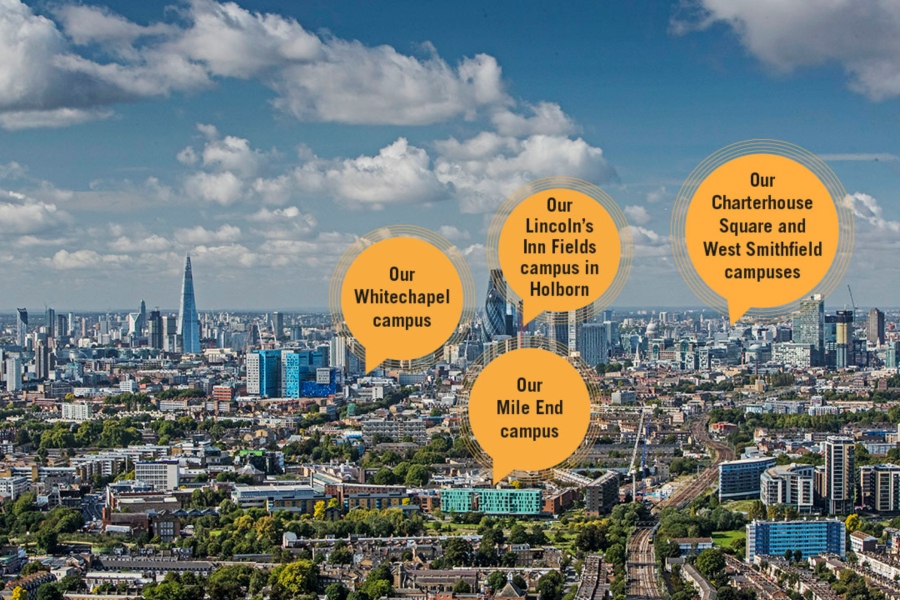 East London has been transformed in recent years and is now one of the most exciting part of London. We're close to Shoreditch and Brick Lane, the Tech City technology cluster and Canary Wharf.

Not only is Westfield Stratford incredible for shopping, it's just one tube stop from our Mile End campus.

London is also home to Wembley Stadium and the O2 Arena, where you can watch everything from concerts to football and boxing matches.

Want to shop or head for brunch? There's lots of places in BoxPark Shoreditch (pictured below).

So, what are the travel Zones?

Public transport in London is often referred to as being in certain Zones, London is split into 9 travel Zones, with Zone 1 being Central London, Zone 2 the ring around Zone 1 and so on. So Zone 9 is greater London, where as Zone 1 and 2 are pretty central.

The closest station to our largest campus is Mile End, it's in Zone 2 as is our campus in Whitechapel; you can get to both the Whitechapel and Mile End campus on the Hammersmith and City Line as well as the District Line.

Mile End station also has the Central Line, which goes straight to London landmarks like St.Paul's and Oxford Street!

Our other campuses are located in Zone 1, the nearest tube to Charterhouse Square and West Smithfield is Barbican and Holborn is the closest station to Lincoln's Inn Fields.

Not a fan of the tube? Don't worry there are lots of buses you can take to get around, here are the bus routes for Mile End.