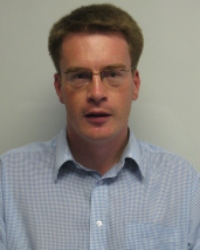 Patrick was formally Research Fellow in the Department of Politics at the University of Manchester, and Gwilym Gibbon Fellow at Nuffield College, Oxford. He is a Visiting Fellow at Kellogg College, University of Oxford and an Associate Member of Nuffield College. Patrick is a trustee of the Dartington Service Design Lab and the Prisoners’ Education Trust (PET). He is also on the Board of the Campaign for Social Science.

He is Chair of the think-tank Policy Network, and sits on the Scientific Council of the Foundation for European Progressive Studies. Patrick held a number of senior posts in British central government between 2000 and 2010, and was formally Head of Policy Planning in 10 Downing Street. He was a Local Councillor in the London Borough of Southwark from 2010 to 2014, and he has been a trustee of the Bromley by Bow Centre, a pioneering voluntary organisation led by the local community in East London.

Patrick has contributed op-ed articles to the Financial Times, the Guardian, the Independent, the Daily Telegraph, the Wall Street Journal, the Times Literary Supplement, the Times Educational Supplement, and the New Statesman. He comments regularly on numerous national media outlets, and has given interviews on the BBC Radio 4 Today programme, the Westminster Hour, the Moral Maze, Start the Week, Newsnight, Sky News with Adam Boulton, and CNBC news. He contributes to other European newspapers and journals including Die Zeit, Italianieuropei, Berliner Republik, and Berlin Network.

POLM001: Theories of the Policy-Making Process