A comparison of how British and Israeli leaders are handling the Coronavirus crisis.

This article was originally published by The Times of Israel on 31 March 2020. 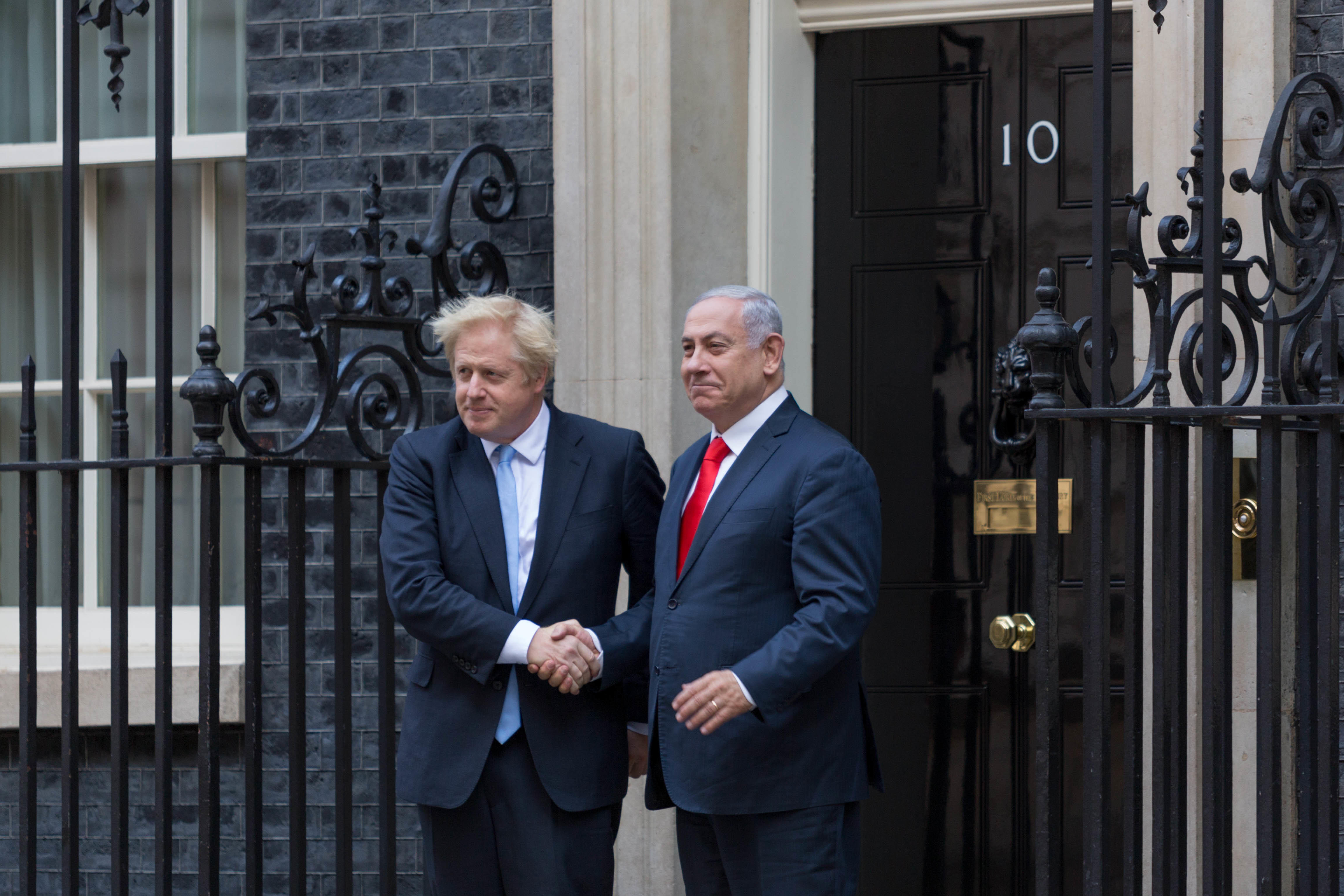 As a British oleh spending a year back in the UK, friends have asked if I wish right now I was still in Israel. This question prompts an inevitable comparison of how British and Israeli leaders are handling the Coronavirus crisis.

No two societies can be compared directly. Each has different infection levels, social and cultural circumstances, and resources. Whilst the UK and Israel have differences in their strategies, that does not make one right and the other wrong. But there is at least somewhat greater reason to believe that Boris Johnson’s government is taking decisions for the best possible reasons, compared to Netanyahu.

The responses of all elected leaders will be influenced to some degree by personal political considerations. Boris Johnson does not have a strong reputation for honesty, and there are many who question his motives and judgement. But Johnson is sitting on a fresh 80 seat majority in the House of Commons, and will ultimately be judged at a general election in five years’ time. By contrast, Netanyahu’s position has been dependent on day to day survival. He has shown in recent years no limits to what he will do to remain prime minister and avoid a trial and potential prison sentence. It is therefore much harder to know how much his actions are determined by what is best for the country over the coming months, and how much by what is best for Netanyahu today.

The differences in actual approaches are notable. At a pivotal press conference on 12 March, Boris Johnson, flanked by Britain’s chief medical officer and chief scientific adviser, made clear the UK was no longer trying to contain the disease but rather to delay its spread. The chief scientific officer gave his judgement that the controlled spread of the virus would build up herd immunity, which would help protect the most vulnerable.

The game has been to manage the pace of spread so that severe cases do not overwhelm the hospitals; to buy time to ramp up critical care capacity; and to get over the worst in the spring and summer when the system is more able to cope. Johnson told the country frankly that this would come at a cost, and that “many more families are going to lose loved ones before their time”.

It’s a highly controversial and somewhat frightening strategy that risks overwhelming the health services. It may have led to distancing measures and business and school closures being implemented too late, and confusing public instructions worsened by Johnson’s woolly press conference performances. But the UK government did at least point a way to an end point for the crisis. More than that, the data and advice on which policy is based is relatively transparent, with significant documents publicly available.

Israel, by contrast, sought to stop the spread by tracking every case, and imposed a much faster and more draconian closure. The difference might be explained by the fact that Israel is smaller with far fewer points of entry and exit, and therefore with greater potential for containment.

It may also reflect the fact that Israel’s healthcare system is apparently even more overburdened that Britain’s NHS, and ill equipped to absorb a surge in cases. The number of beds per 1,000 people in Israel’s general hospitals dropped from 3.3 to 1.8 in recent years, 40 per cent below the OECD average.

Netanyahu is particularly unlikely to be transparent about this, since he cannot avoid personal responsibility. He has led the government for more than a decade and for much of that time nominally kept the role of health minister for himself. His inability to form a government for over a year, and unwillingness to step aside, has also left the entire public sector in limbo.

But more than that, the timing and details of Israel’s dramatic shutdown cannot be easily separated from Netanyahu’s immediate personal interests. It justified closing the courts just before his trial was due to begin. It also held up the opening of the Knesset, allowing the government to limit parliamentary scrutiny of measures including mass surveillance, as well as delay legislative moves against Netanyahu and build pressure on Benny Gantz.

The House of Commons has since also been suspended, but it suspended itself through a properly constituted process, and only after passing legislation with opposition support to grant time-limited powers to the executive.

Netanyahu’s communications also give the impression of being shaped by his personal agenda. Netanyahu dominates TV screens with lengthy declarations, in contrast to Johnson who is happy directing journalists’ questions to the experts who invariably flank him. Netanyahu seems particularly concerned to appear indispensable to that part of the country for whose support he competes: non-ultra-Orthodox Jews. Communicating to Arab or ultra-Orthodox Israelis, a huge proportion of the population, seems to have been a secondary consideration. Even more conspicuous is the lack of reference to  the need for deep cooperation with the Palestinians with whom Israel is, according to the Health Ministry’s director general, “epidemiologically entwined”.

Whilst fatalities in Israel do appear to have been kept down by the swift and tight restrictions, there seems to be less sense of any timeline or endgame. Ultra-Orthodox health minister Yaacov Litzman did not instil great confidence when he told a radio interviewer that he hoped that the national lockdown would be ended before Pesach by the arrival of the Messiah.

There is no place on earth to avoid this deadly virus. No state is fully prepared to deal with it. Each state faces a lengthy road with many difficult decision points ahead, and no decision-making process will be flawless or without cost. Only time will tell whether each state took the best available course in its circumstances.

But when placed under such restrictions, and with life at stake, the public should have faith that leaders are acting at each stage only in the interests of the country, and not themselves, with suitable levels of transparency and scrutiny. The deep lack of trust that Netanyahu has created in his own leadership in recent years, makes this particularly problematic in his case.

This article was originally published by The Times of Israel on 31 March 2020.