At this moment of crisis the UK needs a constructive opposition, not a compliant one.

This article was originally published by NewStatesman on 25 March 2020. 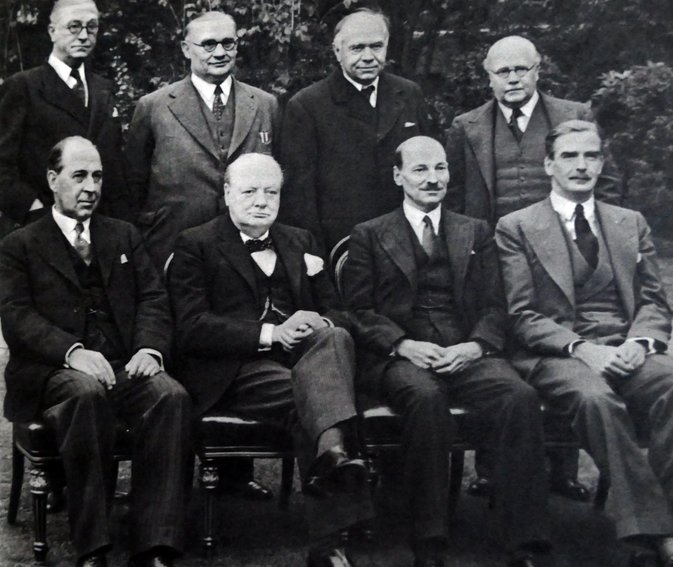 In the age of Covid-19, as populations are “locked down”, financial “bazookas” are fired and the death toll climbs, the scent of war is in the air. Newspapers hail “wartime finance fit for wartime economic conditions” and cast Rishi Sunak as a “wartime Chancellor”. We must act, says Boris Johnson, “like any wartime government and do whatever it takes”. Should this include a wartime coalition?

In times of crisis, there is a romantic allure to the idea of old enemies forging new alliances, of statesmen and women sinking their petty differences and standing shoulder-to-shoulder in the face of danger. But governments of national unity (or “national governments”) come at a price. They override the verdicts of elections and suspend the normal working of democracy. By bringing opposition parties inside the government, they prevent the opposition playing its crucial role of probing and contesting the government’s decisions. At the very moment when the actions of government are most momentous – when lives are at stake and the economy in the balance – they shut down the part of our system that exists to challenge the exercise of power.

At times, that will be a price worth paying, but we should test the case with care. National governments are rare in British politics. Since the start of the 20th century, there have been only two genuine governments of national unity – each during a world war. (The “national government” of the 1930s excluded the bulk of the Labour Party, so the adversarial system remained in place).

War is particularly conducive to such governments. When a country is fighting for its existence, disagreements over policy – and indeed all other questions – are subordinated to the goal of national survival. In the present crisis, too, there is cross-party agreement on the goals of policy: to slow the spread of infection, to save lives, and to minimise the economic harm. That makes a national government possible, but it does not, of itself, make it desirable. In wartime other conditions apply, which may be less relevant today.

Wartime coalitions allow governments to act in secrecy. Tough choices can be made away from prying eyes, while offering the public some security that inter-party debate is still being conducted, albeit behind closed doors. But when the enemy is a disease, rather than a foreign government, the case for secrecy is less compelling. Unlike an invading army, a pandemic does not benefit from knowing its opponents’ plans. On the contrary: in a public health crisis the free flow of information is essential, allowing scientists and the wider public to share information, scrutinise policy and build consent for collective action.

Bringing Labour into government during the war years helped to buy the consent of trade unions. That made possible the state direction of the workforce, reorienting the economy behind wartime production. The challenge today is different: outside key sectors, such as health and transport, the government wants to shut down the workforce, rather than direct it into new industries. The unions retain a crucial role in protecting the pay and conditions of their members, but they can do that most effectively through external pressure on government.

Coalitions enable governments to take tough decisions by insulating them from backbench rebellions. But the Conservative Party today has already been purged of many of its internal dissidents, and enjoys a freshly minted majority. The government benches have rarely looked less rebellious.

Coalitions also widen the talent pool for government. Privately, even Boris Johnson might wish to replace the dimmer bulbs in his cabinet. But in politics, “talent” is not a neutral category. Whether the Labour MPs Richard Burgon or Jess Phillips would most illuminate government strategy is a matter of political taste, on which few voters would agree. Haggling over posts risks souring relations rather than improving them, especially as Johnson may prove reluctant to sack his closest allies.

In any case, the desperate need of the cabinet today is not for manpower but for experience of government. Among Johnson’s senior ministers, only Michael Gove and Johnson himself were in parliament before 2010. Nor are the opposition parties well placed to help. Few Labour MPs have any experience of office, and fewer still have run a major department. A pandemic is not an easy environment in which to learn. Rather than reaching across the House, Johnson might be wiser to reach back across the generations, taking advice from former ministers and civil servants.

Coalitions offer one final advantage in a crisis: they dip the hands of the opposition in the blood of difficult decisions. By forcing other parties to share responsibility for painful choices, they make it easier for governments to do unpopular but necessary things. That may be useful if the government has to take more coercive measures, or if the economic pain bites much deeper. But this, too, comes at a price, for it is precisely those measures that most need scrutiny. If that scrutiny does not come from responsible opposition parties, the media will seek critical voices elsewhere, perhaps from irresponsible sources on the extremities of British politics.

Judged on these criteria, the case for coalition is not persuasive. That may change; we are charting an undiscovered country, in which the certainties of one day become the follies of the next. But we should not simply drift into a national government from a vague sense that this is what countries do in times of crisis. We should test the prospective benefits against the things that will be lost.

Constructive opposition is not an impediment to good government, it is essential to it. It promotes good decision-making by holding power to account, allowing critical voices to be heard and ensuring that policies are probed and tested. The archaic title, “Leader of Her Majesty’s Loyal Opposition”, captures an important truth: that expressing dissent, asking difficult questions, contesting policy and promoting alternatives is a patriotic activity, from which all benefit.

To its credit, the government seems so far to have recognised this. The Health Secretary, Matt Hancock, has welcomed scrutiny and paid tribute to his Labour shadow, Jonathan Ashworth. Rather than submerging opposition in a coalition, the government should actively strengthen its capacity for scrutiny by ensuring that all medical data is shared, by briefing shadow cabinet ministers in Cobra and other key committees, and by ensuring that parliamentary scrutiny can continue while the chamber is closed.

After years of painful division over Brexit, “unity” has an obvious appeal. But in a well-functioning society, disagreement is healthy. It is how we learn, how we expand and deepen the prevalence of ideas, and how we test our arguments against those of other people. What Britain needs is not “unity”, but the ability to disagree more constructively.

Like all living organisms, the body politic generates its own toxins and disorders. A well-functioning opposition is like an immune system, generating the antibodies that maintain its health. In an age of pandemics, to disable that system is a measure that should be taken with great caution.

Dr Robert Saunders teaches history at Queen Mary University of London and is co-director of the Mile End Institute. His most recent book is Yes to Europe! The 1975 Referendum and Seventies Britain.