Forty years ago, Left-wing MPs travelled to Brussels to negotiate an exit. 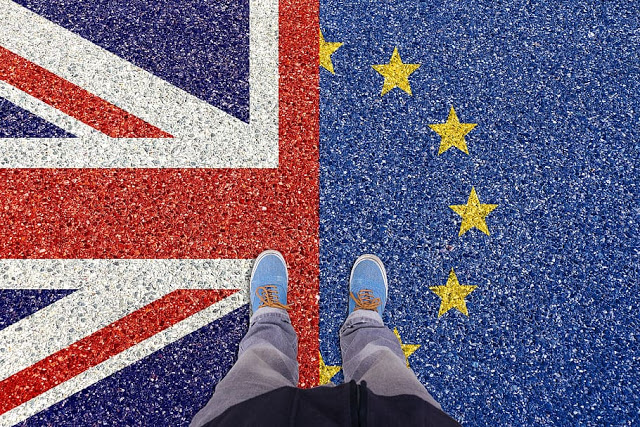 In October 1980, the colourful trade union leader Clive Jenkins took to the podium at the Labour Party’s annual conference in Blackpool with a simple message: the British public had been deceived in the referendum on European membership held in 1975.

Far from the economic uplands promised by those who campaigned to remain, British industry was “bruised, lacerated, and bleeding to death because of the Common Market”. EEC membership meant British taxpayers were subsidising “fat cows” in Germany. “In future, all harvest festivals will be held in hangers at Heathrow”, he joked to thunderous applause. In even more vivid language, the Shadow Foreign Secretary, Peter Shore, told delegates that EEC membership constituted “a rape of the British people and British power and the constitution”.

When the time came to vote on whether to leave or remain in the EEC, 71% of Labour delegates voted to leave. Brexit, as we now call it, was Labour Party policy.

The 1980 conference vote would have come as no surprise to anyone familiar with British Labour history. Two special party conferences on Europe had already voted against membership: one in 1971 against joining and one in 1975 against remaining. Indeed, Euroscepticism had been the mainstream view of the British Labour movement ever since Clement Attlee rejected French Foreign Minister Robert Schuman’s plan for European unity in 1950.

The Labour Party National Executive Committee (NEC), with Attlee’s full support, declared: “No Socialist Party with the prospect of forming a government could accept a system by which important fields of national policy were surrendered to a supranational European representative authority.” It was intuitively understood by a vast majority in the Labour Party that entanglement in the European Economic Community ran contrary to three of the party’s core principles: democracy, socialism and internationalism.

Following the 1980 conference vote, the Labour NEC began serious discussions to flesh out Labour’s Brexit policy. Labour’s MEPs were invited to London to help; it may seem rather unlikely now, but in the Eighties, they were overwhelmingly Eurosceptic.

Then, at the 1981 Labour Party conference in Brighton, the NEC endorsed “withdrawal” as an official Labour Party policy. By an even larger margin than the year before, 84% of delegates voted in favour of leaving the EEC. Hardly any activists could be described as “Remainers”.

In the following months, the NEC set about drawing up a “blueprint” for withdrawal. Unlike David Cameron, who blocked efforts to prepare for Brexit before the 2016 EU referendum, the Labour Party considered it vitally important to assess the future relationship between the UK and EEC before the withdrawal process began.

So in December, a delegation of Labour MPs went to Brussels to discuss Labour’s plan for withdrawal with the European Commission. A confidential memorandum of the meeting, prepared for the NEC and held in the Labour History Archive at the People’s History Museum, details how the Labour delegation was led by Judith Hart, a Left-wing Labour MP who had served in the Wilson government as Overseas Development Minister.

Hart and fellow Eurosceptic Barbara Castle, the leader of Labour’s MEPs, were the only two women in Wilson’s first cabinet. Undeterred by the sexism of the age — one Cabinet colleague dismissed her as “a prattling woman” — Hart was a passionate advocate for anti-colonial causes. She regarded the EEC as a “neo-colonial” project where the “white tribes of Europe” were teaming up together to create a circle of privilege. In Brussels, Hart was joined by three other Eurosceptic Labour MPs: Gwyneth Dunwoody, Denzil Davies and Doug Hoyle, father of the current Speaker of the House of Commons.

Their initial reception from the EEC Commissioners was not encouraging. The notes record: “the original shape of the programme gave the impression that the delegation was to be taken on a ‘Cook’s tour’ of the Commission with much time to be spent on officials expounding the virtues of the EEC”. However, after a few phone calls and the intervention of British Labour MEPs, led by Barbara Castle, “the nature of the meetings changed completely and we were able to fulfil our original intentions” — namely, the technicalities of a Labour Brexit.

The Labour negotiators met with a dozen members of the Commission, including British Commissioner Christopher Tugendhat, a former Conservative MP and uncle of the current Conservative MP Tom Tugendhat. Curiously, the meetings went smoothly, with the exception of those with the British officials. “On the whole, the discussions were both serious and fruitful and conducted in an atmosphere of considerable friendliness,” the Labour internal report reflected. “It was quite noticeable”, however, that the only “hostility that was shown came from the British officials”.

Predictably, many of Labour’s discussions with the EEC Commission — whether on trade, agriculture, Ireland or employment — presaged the kinds of wrangling which occurred after the 2016 referendum.

The Commission, for example, told the Labour negotiators that there were only two options available for a post-Brexit trade deal. The UK would either need to join the European Free Trade Area (EFTA), or it would have to trade with the EEC on GATT (WTO) rules – a “no-deal” Brexit in post-2016 parlance. The Commissioners stated: “it would not be possible for the Community if only for political reasons, to negotiate a better deal with the UK”.

Already, the EEC was playing hardball. A bespoke trade deal between the EEC and UK was ruled out before the starting gun had even fired. “The officials were keen to point out that we could expect no special considerations from the Community once we had withdrawn.” the Labour report reflected.

The Labour team’s response equally mirrored the concerns of many Brexiteers in recent years. They ruled out joining EFTA because it would continue to subject the UK to EEC rules without having the political influence to shape them. It meant that the only option before Labour was no deal. “The effect on the UK would,” said Labour’s negotiators, “be at worst highly marginal”; it would spur British manufacturing while freeing the UK to form trade agreements with non-EEC countries on more favourable terms.

Ireland also proved a thorny topic. The Labour negotiators were comfortable with having an open border, but “Commission officials saw the problems in terms of the UK having to stop the ‘leakage’”. The Commission argued “certain controls on cross border commercial activity” would be necessary. A briefing note sent back to the Labour leader Michael Foot about the visit concluded: “It was agreed that the border with Ireland might create some problems and need further investigation.”

Finally, the two sides discussed the timeline for withdrawal. At that time, there was no provision similar to Article 50 that spelt out the specific way a member state could leave the EEC. It was agreed that 18 months to two years would be sufficient to draw up a withdrawal agreement initiating the formal process of leaving.

But there was a catch. The EEC negotiators said the agreement of all member states would be required for Britain to leave the organisation; the UK Labour representatives were not convinced. What would happen if a Labour government just unilaterally left the EEC without an agreement, they asked?

Forty years on, the EEC’s response sounds eerily familiar. According to Labour’s internal report: “The officials stated at this point that ‘there had to be an agreement otherwise it would be terrible!’. They declined to speculate further.”

This piece was originally published by UnHerd.

Dr Richard Johnson is a Lecturer in US Politics and Policy at Queen Mary University of London. He is also the author of the new book, ‘US Foreign Policy: Domestic Roots and International Impact’.